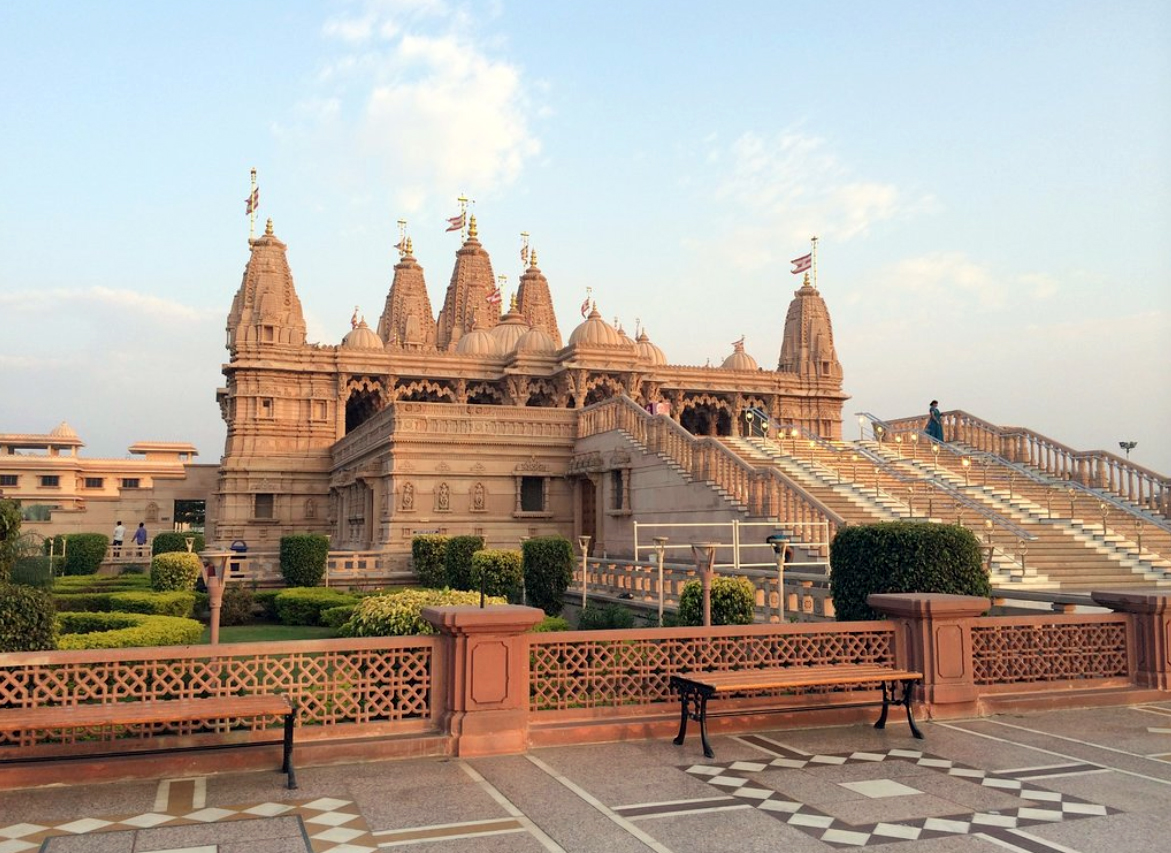 Pramukh Swami Maharaj sowed the seeds of satsang in 1976 when he visited the Vidarbha region. In 1993, Pramukh Swami Maharaj performed the murti-pratishtha of the hari mandir in the suburb of Vardhmannagar. Thereafter, in 1997, Swamishri inaugurated The Swaminarayan School. In 2004, the groundbreaking ceremony for the shikharbaddh mandir in the suburb of Wathoda was performed. The murti-pratishtha of the newly constructed shikharbaddh mandir was performed in 2013.

The 750th Swaminarayan temple in India was inaugurated in the city on Monday 7th October 2013, amidst chanting of Vedic mantras and rituals that began two days before. Located in Wathoda near the Middle Ring Road, the temple is the largest among the over 1,000 temples that have been set up by Swaminarayan Sanstha across the world.

Headed by the 93-year-old Pramukh Swami Maharaj, the fifth successor of Bhagwan Swaminarayan, the sanstha was established in 1907 and has millions of followers around the world. Run by BAPS which stands for Bochanwasi Akshar Purushottam Sanstha, the congregation is dominated by Gujaratis as its founder hailed from Gujarat.

80% of the cost of constructing this massive structure has come from donations of local devotees. "We had set up a residential school here a decade back on demand of our followers. This temple, too, has been built on their request."The construction work began five years ago on January 28, 2008. Designed on the style of Sompuri architecture which is about temple designs, the temple also has a yatri niwas, sadhu sadan and a food court which will take some time to complete."To understand the scale of our operations one has to understand the depth of this organization are running about 172 activities around the world which include de-addiction programmes, education, tribal welfare and environmental activities. Our purpose is to guide the society to a better meaningful life through spiritual path," says Rathod.