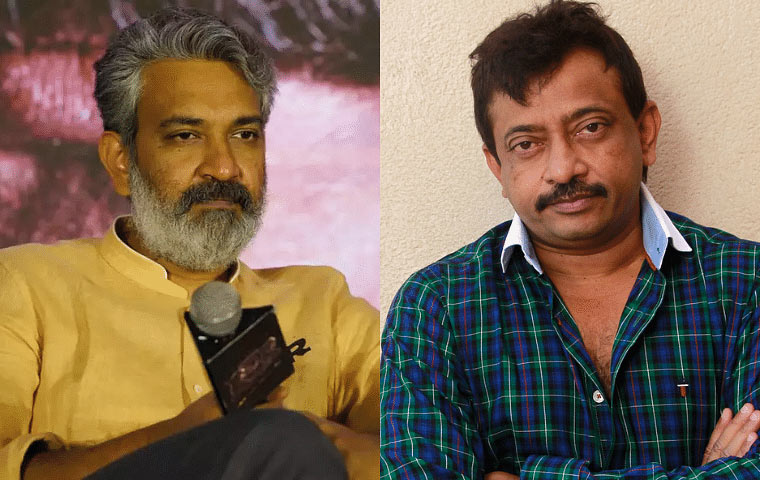 Filmmaker Ram Gopal Varma, who was once touted to be a gamechanger for Bollywood, has been in news of late for all the wrong reasons. And now, he has grabbed eyeballs once again after he warned 'RRR' maker SS Rajamouli about an assassination bid against him.

On Monday night, RGV took to his Twitter handle and decided to "spill some secrets" as he was "4 drinks down".

He also lauded Rajamouli and claimed that he has surpassed the likes of K Asif, Ramesh Sippy, Aditya Chopra, Karan Johar and Sanjay Leela Bhansali.

RGV retweeted a video of Hollywood filmmaker James Cameron asking Rajamouli to let him know if he ever plans to make a film in the US. Along with that, he wrote, "Hey @ssrajamouli, U basically SURPASSED every film maker from #KaAsif who made #MughaleAzam till #RameshSippy who made #Sholay and also the likes of Aditya Chopras, Karan Johars and the bhansalis of India and I want to suck ur little toe for that."

He did not just stop there, and went on to state, "And sir @ssrajamouli, please increase ur security because there is a bunch of film makers in india who out of pure jealousy formed an assassination squad to kill you, of which I am also a part.."

"Am just spilling out the secret because I am 4 drinks down," he added.

It also picked up the Critics Choice Award for Best Foreign language film at the ceremony held in Los Angeles, while competing against 'All Quiet on the Western Front', 'Argentina 1985', 'Bardo', 'False Chronicle of a Handful of Truths', 'Close' and 'Decision to Leave'.

The massive victory for 'RRR' has only further boosted its chance to win an award at the Oscars 2023. While the film is already being lauded and celebrated across the globe, it was recently screened for the members of the Academy, during which it received a standing ovation.

For those unversed, 'RRR' has found a spot for itself in the Music (Original Song) category for the chartbuster 'Naatu Naatu'. With this, it has become the first Indian song to be shortlisted for Oscars.

Set in the 1920s, the plot explores the undocumented period in their lives when both the revolutionaries chose to go into obscurity before they began the fight for their country.