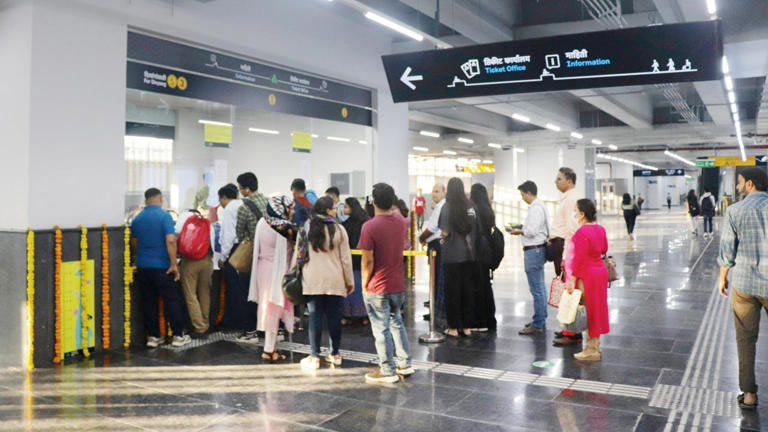 The newly commissioned Mumbai Metro Lines 2A and 7 saw a ridership of more than 1 lakh on the third day. The Metro lines pass through the crowded western suburbs from Andheri to Dahisar on either side of the train tracks and have been an instant hit with Mumbaikars.

An official from the Maha Mumbai Metro Operation Corporation Ltd (MMMOCL) said that around 1.07 lakh passengers used the Metro lines till 8 pm on Sunday. “Despite the day being a Sunday, trains were used by over a lakh passengers. This proves how popular they are getting,” the official said. Both the Metro lines have been clocking passenger figures of a lakh and above since the launch.

As per statistics and ticketing numbers provided by the MMMOCL, the operations body of the Metros in Mumbai, the new lines recorded a total ridership of 1.10 lakh till 8 pm on Saturday—the second day.

The Yellow Line has 17 stations and the Red Line has 14 stations. With 22 six-car trains running on the corridor, the passenger capacity of each train is 2,308—310 seating and 1,998 standing passengers.