Alia Bhatt Opens Up On Bringing Her Daughter Into Films 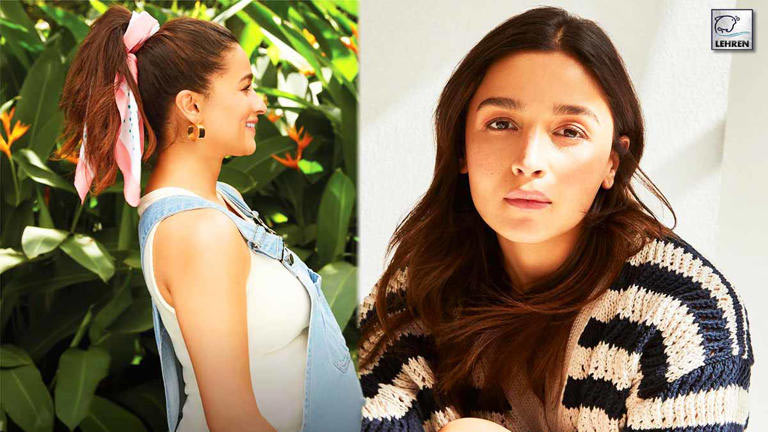 In an interview with Marie Claire, Alia said “I am a little concerned about bringing up a child in the public eye. I talk about it with my friends, with my family, and my husband a lot. I don’t want there to be a, sort of, intrusion into my child’s life. Because at the end of the day, I have chosen this path, but maybe my child may not want to choose this path when he or she grows up…so that’s something that I feel very protective about.”

Opening up on if her daughter would want to pursue her career in acting, Alia said, “I don’t think that’s something that I can really prepare and plan for. I don’t want to have any fixed ideas of how I want that to be. Because why should I have any expectations and then be met with any disappointment or elation or anything of that sort? So they need the slate blank, a bit.”

For the unknown, Alia Bhatt and Ranbir Kapoor welcomed their firstborn, a baby girl on November 6. Announcing the good news, Alia took to her Instagram and wrote, “And in the best news of our lives:- Our baby is here…and what a magical girl she is. We are officially bursting with love – Blessed and obsessed parents!!!! Love love love Alia and Ranbir.”

recently Alia Bhatt gained a lot of attention after reports stated that the actress will take a break from movies since she just welcomed her firstborn. However the same was never confirmed by the actress herself. On the work front, Alia has an interesting lineup of films like Rocky Aur Rani Ki Prem Kahaani with Ranveer Singh, Jee Le Zaraa with Priyanka and Katrina Kaif, Brahmastra 2, and others.