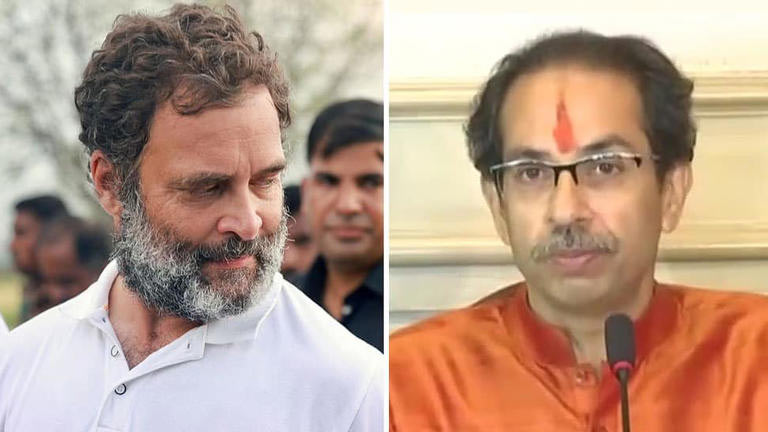 Former Maharashtra chief minister and Shiv Sena (Uddhav) president Uddhav Thackeray on Thursday said his party has immense respect for V D Savarkar and he does not approve of Congress leader Rahul Gandhi's remarks on the freedom fighter. Talking to reporters here, Thackeray also asked why the Centre has not conferred the Bharat Ratna on Savarkar.

The Thackeray-led Shiv Sena faction has an alliance with the Congress and the Nationalist Congress Party, as part of the Maha Vikas Aghadi.

During a rally in Washim district on Tuesday organised as part of his Bharat Jodo Yatra, Gandhi said Savarkar is a symbol of the Bharatiya Janata Party (BJP) and the Rashtriya Swayamsevak Sangh (RSS).

"He was jailed in Andaman for two-three years. He started writing mercy petitions," the Congress MP had said.

The former Congress president had claimed Savarkar wrote a book on himself with a different name and highlighted how brave he was. "He used to take pension from the British, work for them, and work against the Congress," Gandhi had said.

Reacting to it, Uddhav Thackeray said, "We do not approve of Rahul Gandhi's remarks on Savarkar. We have immense respect and faith for Swatyantra Veer Savarkar and it cannot be erased."