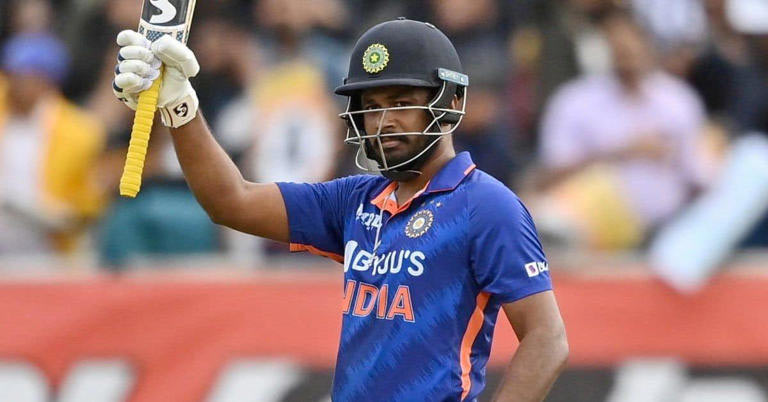 Till about a month back, it seemed Sanju Samson has a fair chance of getting picked for India's squad for the T20 World Cup. Unfortunately, once the BCCI announced the squad, Samson's name was missing and that made some noise as plaudits and fans felt he was unlucky again. The RR captain has finally broken his silence and claimed that there is not just competition from the outside, but within the team as well.

"It really does get challenging. Finding a place in the Indian team is really challenging. There is a lot of competition around, even within players who are in the team now. When these things happen, it is important to focus on myself," Samson said, as quoted by PTI.

"Playing different roles is something I have worked on for a lot of years. I am confident of batting anywhere in the order," said Samson.

"You should not fix a spot for yourself. You cannot tell people: 'I am an opener or I am a finisher.'In the last three-four years, playing in various roles and spots (in the order) has added a new dimension to my game.

"I am happy with the way I am performing. I want to improve," he added.

India's recent lackluster campaign at the Asia Cup 2022 had raised some serious questions but the selectors have picked up almost the same squad for the T20 World Cup in Australia.

Samson is currently part of the 'A' squad which is hosting their New Zealand counterparts in MA Chidambaram Stadium in Chennai.