US Customer Who Gave A Tip Worth Rs 2 Lakh To Waitress Asks Her To Return It, Faces Legal Action 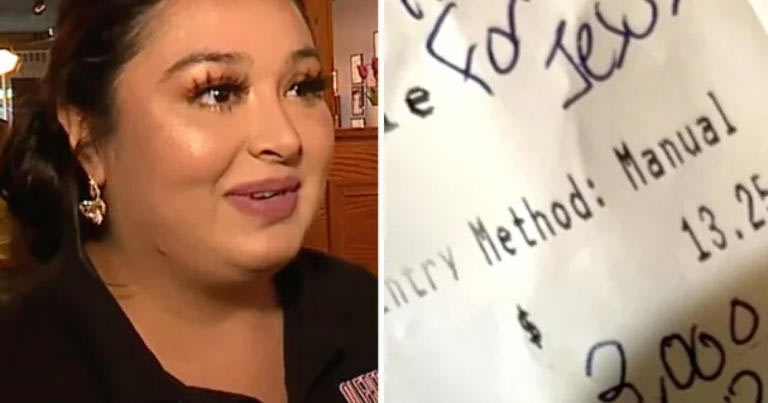 A restaurant in Pennsylvania, USA, is suing a customer for more than $3,000. This is because the customer had originally given a generous tip to a waitress working at the food outlet but then demanded the money back.

The customer gives a tip of Rs 2.3 lakh to the waitress but later asks for the money back

This waitress named Mariana Lambert at Alfredo's Pizza Cafe located in Scranton, Pennsylvania was left beyond happy after the customer left her a tip of $3,000 (Rs 2.3 lakh). Just when Mariana was coming to terms with this news, things started going south when the customer, identified as Eric Smith, asked the restaurant for the tip money back.

The customer had ordered a Stromboli that cost just $13.25. He charged the item on his credit card, added the $3,000 tip, and wrote: "Tips For Jesus." The male patron claimed that the generous tip was part of a social media movement called Tips for Jesus.

According to the Daily Mail, Mariana was left shocked but really was touched by the generous tip, considering people were coming back on their feet after the pandemic and lockdown.

But later, the waitress learned that the generous customer wasn't so generous, after all, and disputed the charge with his credit card company. However, the restaurant had already paid Lambert $3,000.

The restaurant sued the customer for asking for the money back

This is when the restaurant tried talking to Eric via Facebook, hoping that it was a big misunderstanding. Restaurant management was hoping to resolve the incident, but after many of their posts went unanswered, they had to get the magistrate's office involved and file charges.

The manager described the whole incident as aggravating.

Another report by WNEP News claims that the restaurant manager said, "We’re just out of money at this point and he told us to sue him, so that is what we are going to end up doing, I guess." The manager explained that he was extremely happy for Lambert to receive the generous tip, thinking that somebody was actually trying to do a good thing.