Salman Khan, Shah Rukh Khan team up for a film written by Aditya Chopra? Here's what we know 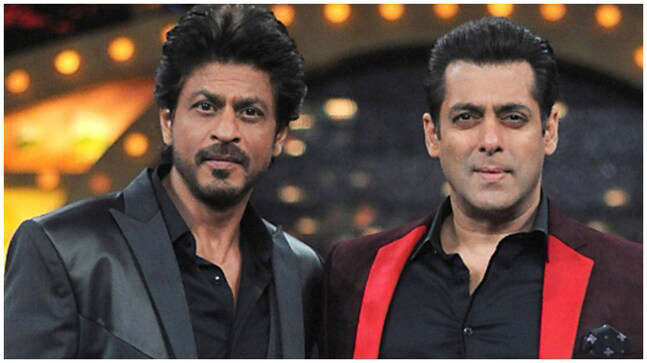 Salman Khan and Shah Rukh Khan are the superstars of Bollywood. The actors will be surprising their fans by making cameos in each other's upcoming movies - Pathaan and Tiger 3. Recently, a media report stated that Salman and SRK are all set to team up for a film written by Aditya Chopra of Yash Raj Films. However, a trade source has revealed that the only YRF project SRK and Salman have together for now is the Pathaan and Tiger crossover.

About the film that Aditya Chopra is apparently going to write, a source told Pinkvilla, "Aditya Chopra plans to take things to the next level by mounting a two-hero action spectacle featuring Tiger and Pathaan. It would be the first proper 2 hero collaboration for the two mighty Khan since the release of Karan Arjun (1995). Adi has been working on this idea for a while now and he will be extensively working on the script, screenplay and dialogues."

However, a trade source told IndiaToday.in, "There have been many such reports in the past. The only YRF project they have together for now is the Pathaan and Tiger crossover."

ON THE WORK FRONT FOR SALMAN, SRK

Meanwhile, Shah Rukh Khan recently returned to movies with a cameo in R Madhavan's Rocketry: The Nambi Effect. In 2023, SRK has three films lined up for release, including Pathaan, Jawan and Dunki. On the other hand, Salman Khan will be seen in Tiger 3 with Katrina Kaif and Kabhi Eid Kabhi Diwali with Pooja Hedge.