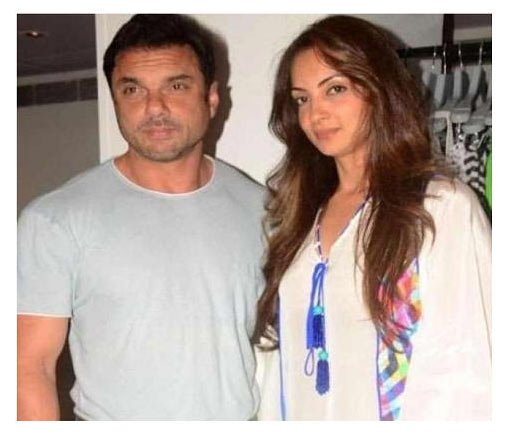 In shocking news, Indian actor, writer, film director, and producer Sohail Ali Khan and his wife, designer Seema Khan filed for divorce after 24 years of marriage. The couple tied the knot in 1998 and have two Nirvaan and Yohan. On Friday, the couple was spotted leaving the family court in Mumbai.

For a long time, the separation rumours about the couple were doing rounds on the internet. Sohail's wife Seema was a part of ‘The Fabulous Lives of Bollywood Wives‘, where the couple was shown as living separately. Meanwhile, Sohail and Seema are yet to make an official announcement regarding the matter.

“Sohail Khan and Seema Sachdev were present in the court today. They have filed for a divorce. Both were friendly towards each other," a source cited by the Times of India said.

In order to complete the verification process of their divorce application, both Sohail and Seema appeared in front of Judge Maqdoom.

People started speculating about Seema and Sohail's divorce when Seema opened up about her marriage on the ‘The Fabulous Lives of Bollywood Wives‘. Talking about their marriage, Seema said, “Sohail and I are not a conventional marriage but, we are a family. We are a unit. For us, him and I and our children matter at the end of the day."

“It’s just that sometimes when you grow older, your relationships meander and go into different directions. I make no apologies about it because we are happy, and my kids are happy. Sohail and I are not a conventional marriage but we are a family. We are a unit. For us, him and I and our children matter at the end of the day," she further added.

For the unversed, Sohail is the younger brother of Bollywood actors Salman Khan and Arbaaz Khan. Arbaaz Khan was married to Malaika Arora. However, the couple parted ways in 2016. They were divorced in May 2017.