Samantha Ruth Prabhu To Lead a Film Under Taapsee Pannu's Production? Here's What We Know 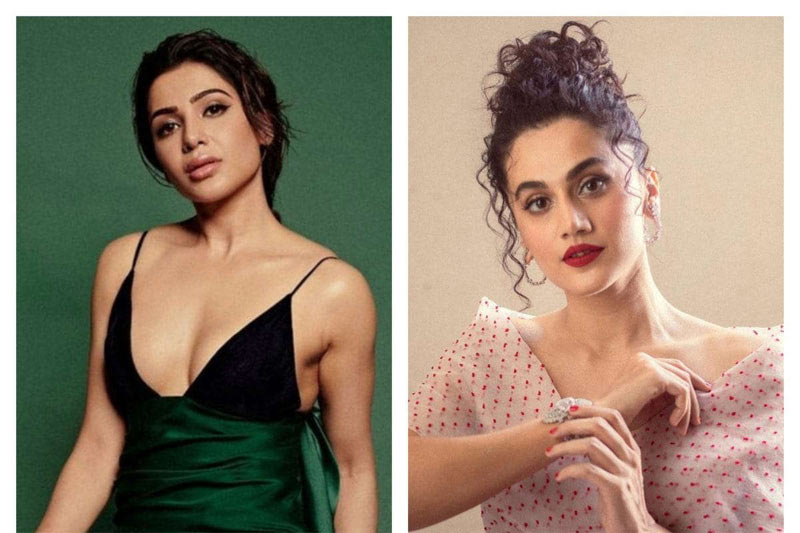 Samantha Ruth Prabhu has become a popular name ever since she won everyone’s heart with Pushpa’s Oo Antava Oo Oo Antava song. However, she is now all set to headline a Bollywood movie that will be produced by Taapsee Pannu. In a recent interview, the Shabaash Mithu actress confirmed the same and added that the official announcement regarding the project will be made soon.

On being asked if she will be acting in the movie too, Taapsee said, "If there is a part in it that I can do, then I would, but she (Samantha Ruth Prabhu) is going to be leading it." "There is a different kind of excitement," the actress added.

The reports of Taapsee Pannu and Samantha Ruth Prabhu working together on a project first made headlines in December 2021 after the former launched her own production house 'Outsiders Films'. However, looks like fans will have to wait a little more to get the official announcement.

On the work front, Samantha Ruth Prabhu is currently working on her next project titled ‘Kushi’. It is a romantic drama that also stars Vijay Deverakonda. The film was earlier titled VD 11 and is directed by Shiva Nirvana. It will hit theatres on December 23 this year in Tamil, Telugu, Kannada and Malayalam. Besides this, Samantha will also be sharing the screen with Varalaxmi Sarathkumar and Unni Mukundan for Yashoda. The film is scheduled to release on August 12 this year.

On the other hand, Taapsee Pannu is gearing up for the release of Shabaash Mithu. The film is based on the life of former Test and ODI captain of the Indian women's cricket team, Mithali Raj. It is helmed by Srijit Mukherji and will hit the screens on July 15.