After 'Pathaan', Deepika Padukone to team up with Shah Rukh Khan in Atlee's 'Jawaan'? 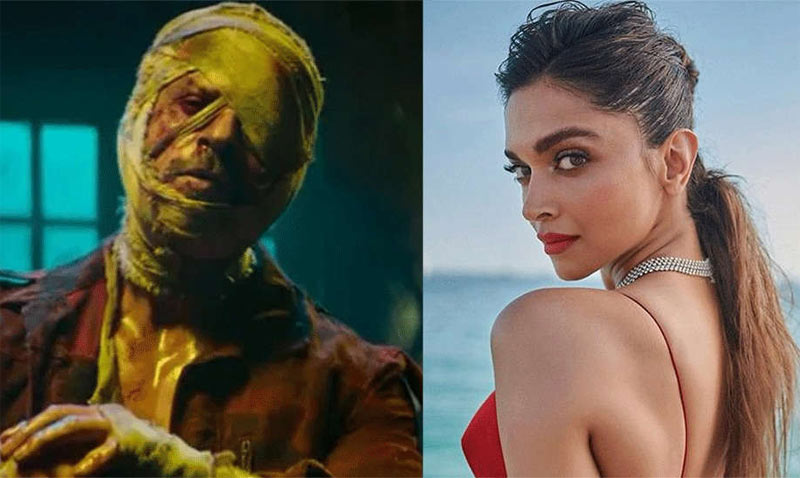 Actress Deepika Padukone, who has been working with Shah Rukh Khan in 'Pathaan', is all set to join the Bollywood superstar in Atlee-directed action-entertainer 'Jawaan'. Deepika, who finished the Spain schedule of 'Pathaan' in March his year, is reportedly set to make a brief appearance in the film. Apart from Shah Rukh, the film also stars Nayanthara, Sanya Malhotra, Rana Daggubati and Sunil Grover in key roles.

"Deepika has been in talks with Shah Rukh Khan and Atlee for a while now and she is poised to make a short yet important appearance in the film," a Pinkvilla report stated.

As per the entertainment portal, while the actress has agreed in principle, the paperwork remains to be done. It is also reported that the actress met King Khan and Atlee in Hyderabad while she was shooting for 'Project K'. The trio discussed Deepika's character and shoot dates. Meanwhile, an official confirmation from the actress or her team is awaited.

Reports are also rife that Deepika is also making a cameo appearance in Ranbir Kapoor-Alia Bhatt's 'Brahmastra'.  The trailer was released recently and netizens noticed a glimpse of the actress's presence in one of the scenes.

Deepika, who was last seen in Shakun Batra's 'Gehraiyaan', has films like 'Intern', 'Project K', 'Cirkus', 'Pathaan' and 'Fighter'.