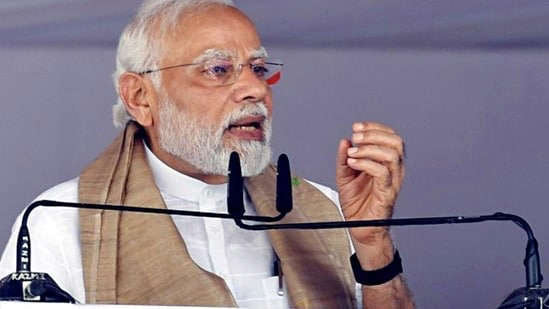 Prime Minister Narendra Modi is set to visit Hyderabad on Saturday for a national executive meeting that will be attended by BJP president JP Nadda, union home minister Amit Shah, and chief ministers of the BJP-ruled states. The 2024 national elections, expansion of the party and policies linked to the BJP are likely to be the agenda of the key-decision making meeting.

Resolutions are likely to be passed over the government's moves on several key issues lately. The BJP-led NDA government recently completed eight years of power at the centre.

At the meeting, the party is also likely to hold discussions on the assembly elections due in several states in the coming months and early next year. Gujarat, Himachal Pradesh, and Karnataka are among the states where the polls are due - the BJP is in power in all of these states. The party is also aggressively campaigning in Telangana, where it has pitched itself as an alternative to the ruling Telangana Rashtra Samithi (TRS), led by chief minister K Chandrashekar Rao.

"After 18 years, a national executive committee is being held in Hyderabad. The city is decked up. National leaders, CMs and other leaders are visiting 119 constituencies wherein a massive public rally is supposed to be held on Sunday. We are expecting a huge crowd," Telangana BJP spokesperson NV Subhash told news agency ANI.

On Friday, BJP chief Nadda held a big roadshow in Hyderabad. "It was a source of pride for me to lead this road show today in Hyderabad as it gave me the opportunity to be around our dedicated karyakartas and the people of the city. This love and affection I saw, shows the BJP's undeniable growing presence in Telangana," Nadda said in a Twitter post after the roadshow.

PM Modi's visit to the Telangana capital comes on the day when the chief minister, popularly known as KCR, is set to welcome the presidential polls candidate Yashwant Sinha with other opposition leaders.