IND vs BAN: 'If He Was Going to Bat At 9, He Should Have Batted At 7'-Sunil Gavaskar On Rohit Sharma 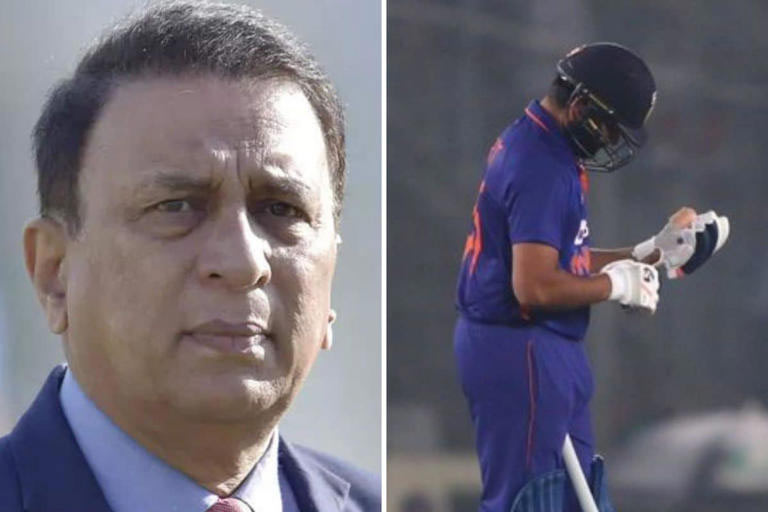 We have seen him batting as an opener for years but on Wednesday, he was out there to bat at no. 9 because his team needed him. Rohit Sharma had injured his thumb minutes after the 2nd ODI against Bangladesh commenced in Dhaka. He was catching a ball at slips and in due process, the ball hit his left thumb and left it to bleed.

The India captain left the field immediately and was rushed to a hospital where he came to know that the finger has been dislocated and required stitches. Hours later, when India were struggling to chase the 272-run target, he padded up, got his left hand tapped and walked out to leave the opponents surprised.

He basted a 28-ball 51 not out but failed to take India beyond the finish line. Former India captain and batting great, Sunil Gavaskar commended Rohit’s courageous knock but at the same time, questioned if he had to get out and bat, why didn’t he do that a bit earlier?

“Everybody knows about the quality and the class of the man. Since India came so close, the question is why didn’t he come to bat earlier? If he was going to bat at no. 9, he should have batted at no. 7. What that could’ve done is I think, Axar Patel could have played a bit differently,” Gavaskar said during a discussion on Sony Sports Network.

“When Axar saw it was going to be Shardul Thakur and Deepak Chahar, he probably was thinking that maybe Rohit Sharma is not going to bat. And thus, he went for that shot. When they were at that stage, no need to play that shot.

If Rohit had come at the other end, Axar could’ve batted the way he was batting and who knows the results could’ve been different,” Gavaskar added.

India will now shift their base to Chattogram for the third and the final ODI where they will seek a consolation win but without Rohit. The head coach, Rahul Dravid, has confirmed that the injury will keep the Indian captain out of action for at least the next game. Pacers Deepak Chahar Kuldeep Yadav will miss out as well.