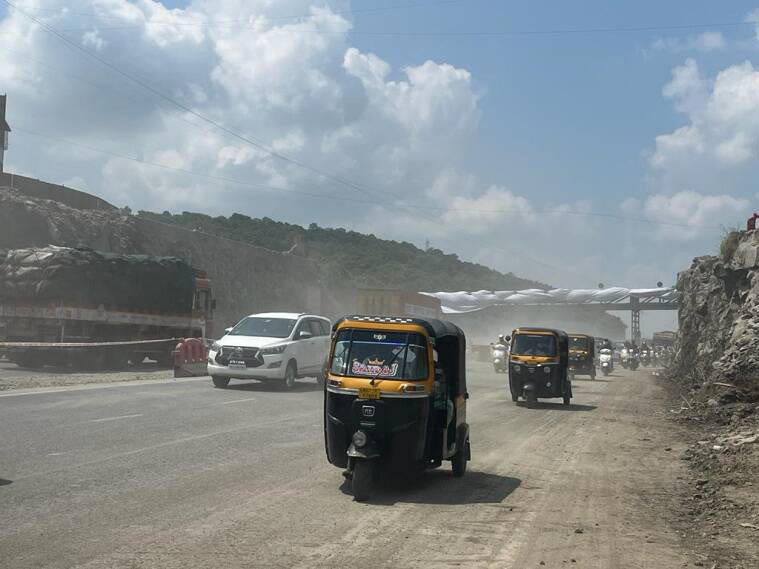 Vehicular traffic resumed from the stretch near Chandani Chowk in Pune on Mumbai-Bengaluru highway at 10.30 am on Monday after the debris created by the demolition of the old bridge during the night was removed. The traffic was diverted through the city since 11 pm last night to facilitate the safe demolition of the bridge that was proving a major bottleneck. A new bridge will be constructed in the area to help smoothen the traffic.

Although the authorities had earlier announced that the traffic through the stretch will be reinstated at 8 am, it was delayed by a few hours as the demolition took much longer than anticipated.

As per the experts involved, the bridge contained much more steel than estimated and it appeared to have been hurt very little by the blast. (Express photo by Oshwin Kadhao)

As per the experts involved, the bridge contained much more steel than estimated and it appeared to have been hurt very little by the blast. The steel piers were later taken down by the earthmovers.

"The blast occurred as per our plans. The quantity of steel in the bridge is much more than what was estimated. The middle pier of the bridge remains stuck above though abutments have fallen and concrete has come off. We need to take down the steel with machines and then it will collapse. In four to five hours, it will be completely cleared. We will try to stick to the time frame given by the administration," Sharma, a blast expert involved in the operation, had told the media after the blast which took place at 1 am.