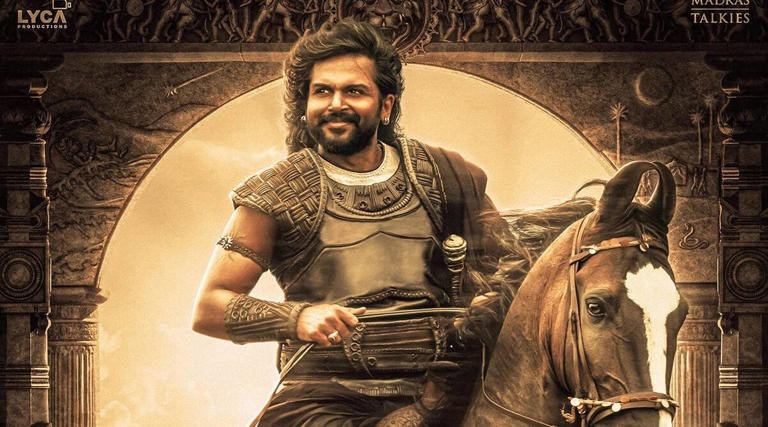 Actor Karthi penned an emotional note after his film Ponniyin Selvan, directed by Mani Ratnam continued to shatter box office records on the second day. Karthi, who plays the role of Vanthiyethavan in the historical drama, thanked Kalki, the original writer of the works and Mani Ratnam. He gave full credit and praise to the film's crew for crafting such a visual spectacle.

Karthi wrote, "Words cannot express the immense gratitude I feel for this experience and magnificent journey as Vanthiyethavan. First and foremost, a big salute and all respects to Amarar Kalki for creating this magical epic, Ponniyin Selvan. A million thanks to our Mani sir for pursuing it all these years and crafting this unforgettable masterpiece. To Ravivarman sir, for being the driving force on sets and giving us never seen before stunning visuals. To our treasure, AR Rahman for making us ecstatic with his music."

Karthi also thanked the 'fabulous actors and respected seniors' and the 'foot soldiers behind the scenes' working for their passion for cinema. Finally, he ended the note with thanking his fans and friends who 'showered them with love'. "It's overwhelming to receive all your love," he wrote.

Ponniyin Selvan, a fictional story set during the Chola reign, chronicles the turbulence in the dynasty and the warring kingdoms. The film, which stars Vikram, Aishwarya Rai Bachchan, Jayam Ravi and Trisha, among others, had a terrific opening day and according to estimates, has crossed Rs 100 crore worldwide as well. Ponniyin Selvan has received glowing praise. The film has been divided into two parts and the second part will release in 2023.