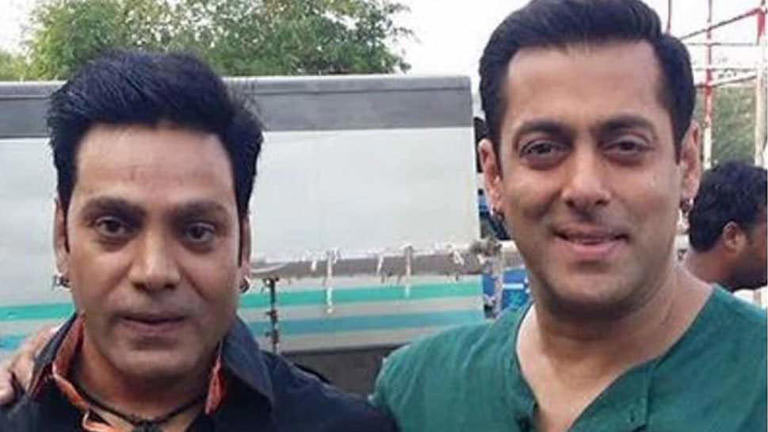 Superstar Salman Khan's body double, Sagar Pandey breathed his last today. He is suspected to have suffered a heart attack while going to the gym, reportedly. According to ABPLive, the unfortunate incident took place in the afternoon on Friday.

Salman Khan took to Instagram and mourned his body double's untimely demise. He wrote: Dil se shukar adda kar raha hoon for being there with me . May your soul rest in peace brother Sagar. Thank u #RIP #SagarPandey

Sagar Pandey had reportedly acted in over 50 films with Salman Khan. He worked as a body double for the Bhaijaan in 'Bajrangi Bhaijaan', 'Tubelight', 'Prem Ratan Dhan Payo', 'Dabangg', 'Dabangg 2' and even in 'Bigg Boss'.

Shah Rukh Khan's lookalike Raju Raikwar, who happens to be a close friend of Sagar Pandey told ABP News that Pandey was rushed to Suvidha Hospital after he had a heart attack at the gym. The doctors, however, recommend taking him to Balasaheb Thackeray Trauma Center Hospital in Jogeshwari. He was brought by two gym instructors.