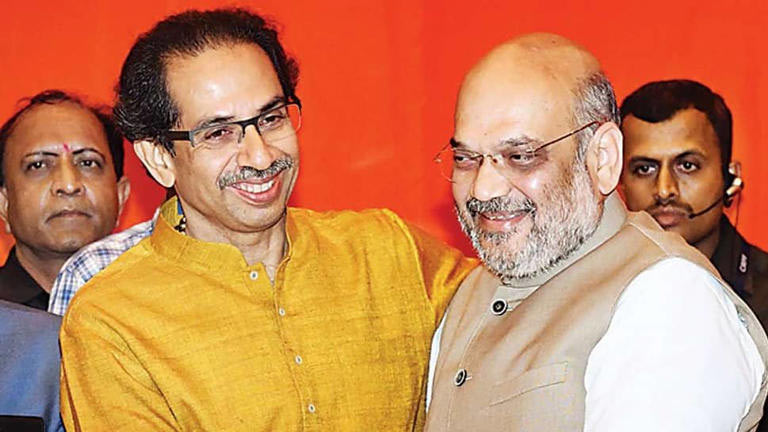 After the split in the Shiv Sena, party chief Uddhav Thackeray held a public meeting for the first time on Wednesday and strongly criticized the Shinde group and the BJP. Speaking at a gathering of Shiv Sena branch chiefs and group chiefs, Uddhav Thackeray gave a strong show of strength. Uddhav Thackeray also expressed his determination that the Dussehra gathering would be held at the Shivaji Park ground itself. At this time, he also targeted Union Home Minister Amit Shah and warned that his seditious tactics would not succeed. Meanwhile, BJP leaders are also responding to Uddhav Thackeray's criticism .

Uddhav Thackeray criticized and said, "vultures are roaming today to break the bonds of Mumbai. We know the history of Shivaji Maharaj. At that time, Adil Shah and many others came. Now Amit Shah has also come and left recently. Prime Minister Narendra Modi is coming to Mumbai. But no matter how many come, we have no reason to fear. We will fight. Hindu-Muslim or Marathi-Non-Marathi divisive tactics will not succeed here. Shiv Sena has done work and helped Hindus as well as Muslim brothers and Non-Marathi people till now and even during the Corona period. Therefore, Muslims, Gujaratis, North Indians and brothers from all social groups are with the Shiv Sena."

BJP spokesperson Keshav Upadhyay has responded to Uddhav Thackeray's criticism and has said that Amit Shah is an eagle. Keshav Upadhyay replied to Uddhav Thackeray by tweeting. "The Penguins chief displayed the same ferocious fervour yesterday. As their eyesight is also now corrupted, they do not know the difference between a vulture and an eagle. Amit Shah is an eagle. At least look at that great difference."

After Uddhav Thackeray targeted the Shinde group along with the BJP by calling for elections within a month, Chief Minister Eknath Shinde hit back in Delhi. He said that the voters would teach a lesson. A colorful rehearsal of the Dussehra gathering was seen on Wednesday between these two groups who are fighting over the Dussehra gathering.