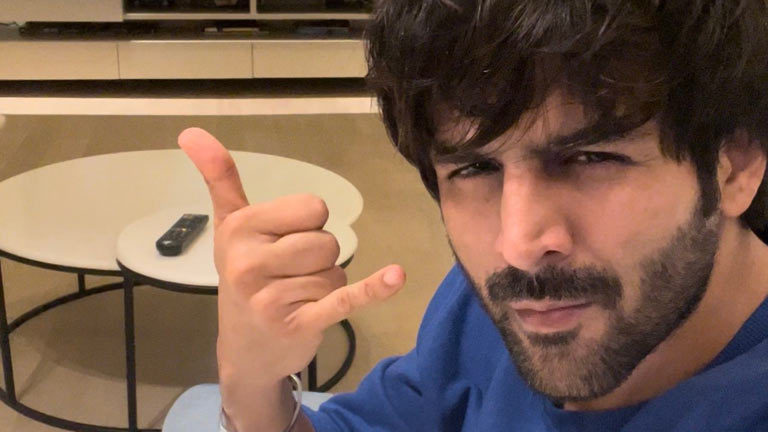 Kartik Aaryan is one of the most popular stars in Bollywood right now. Always popular among the masses, his fame catapulted after the unprecedented success of Bhool Bhulaiyaa 2 which opened to packed theatres during pandemic times. Fans on social media are also of the opinion that the actor's popularity among youngsters has increased post his stint in the horror comedy as well.

Recently, while Kartik was in Jodhpur, Rajasthan, to attend the National Youth Conclave 2022, as he returned to Jodhpur airport after the event, a young fan who spotted him from outside the gates kept screaming his name in an attempt to meet his favourite star. The clip and subsequent comments also go on to prove why Kartik has become so popular among the audience.

As per a clip shared by a popular paparazzi, Kartik heard the child's request and returned to the gate to meet the crying fan. The actor had some conversation with the security personnel and asked the fan and her guardian to click the pictures from outside the gate itself. They were later allowed at the gate to meet the actor. Kartik posed with the young fan and even signed an autograph for the youngster.

The gesture won the hearts of fans with many commenting on the video. One person wrote, "Public ko bhi self-made actor ki kadar hoti hai..fir chahe vo fan chota bachha he kyu ni ho...!!" (Even the public respects a self-made actor, even if it is a child fan). A second person shared, "The way he managed to meet him has my whole heart."

This is not the first time the actor has shown his affecion for fans. The actor has decided to celebrate Bhool Bhulaiyaa 2's success by eating at a street-side stall while interacting with fans and has even been known to stop his car to take selfies with fans.

Meanwhile, Kartik, who was last seen in Bhool Bhulaiyaa 2, which was one of the highest grossing films of 2022 will next be seen in Rohit Dhawan's Shehzada alongside Kriti Sanon. He also has Satyaprem Ki Katha which will see him reunite on screen with his Bhool Bhulaiyaa 2 co-star Kiara Advani.