Richa Chadha Confirms Marriage With Ali Fazal, Both Will Marry This Year 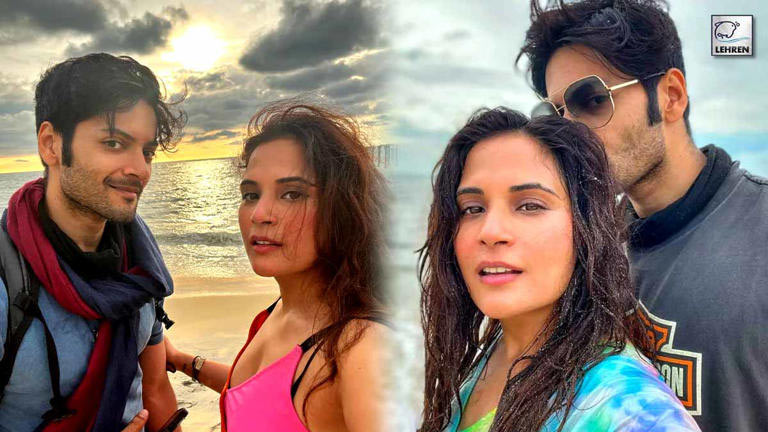 Bollywood actress Richa Chadha will soon get married to her long-term boyfriend Ali Faizal, recently the actress confirmed the news and said, “We will get married this year, we will marry somehow”. The two have dated each other for quite some time now, they decided to tie the knot in 2020, but their plans were delayed due to the pandemic.

Bollywood’s much-loved duo Ali Fazal and Richa Chadha have recently been in the news for their marriage the two have been dating each other for a long time now. Richa and Ali met each other for the first time in 2012 when they began shooting for their very popular film Fukrey soon after which they both fell for each other and started dating afterward.

Apparently, the two earlier decided to get married in 2020 but due to the pandemic, they both decided to postpone their marriage plans. However, the reports about marriage have again surfaced in the news, after the actress confirmed about marrying Ali this year. Richa told News18, “I think shaadi, shaadi ho jaegi iss saal. Kar lenge kisi tarah se (We will get married this year, we will marry somehow). We’re very excited to get married but are worried about Covid-19 and also want to be responsible. We do not want to be in the news for the wrong reasons. Plus, we’ve both gotten really, really busy when stuff opened up, and work resumed at full pace. So I’m saying we have to like do a live production job of taking combination dates and making this happen this year.”

Talking about the delay Richa told Mashable India, “Whenever we think of getting married, a new (Covid-19) variant comes. In 2020, we had booked places also, but the first wave came, followed by lockdown and destruction. Last year again, in February, we had confidence and talks started. The second wave experience was the worst in India. Quite sad”.

For the uninitiated, Richa Chadha and Ali Fazal first met in 2012 as they went on to shoot their film Fukrey, the duo instantly fell in love with each other, and the duo dated each other for almost 7 years after which the 3 idiots actor Ali Fazal finally proposed Richa in the year 2019, the duo decided to get married in 2020 but due to the pandemic, they had to postpone their wedding plans. However, their fans will soon see the couple tie the knot this year.