Deepika Padukone recalls her battle with depression, says 'I was suicidal at times' 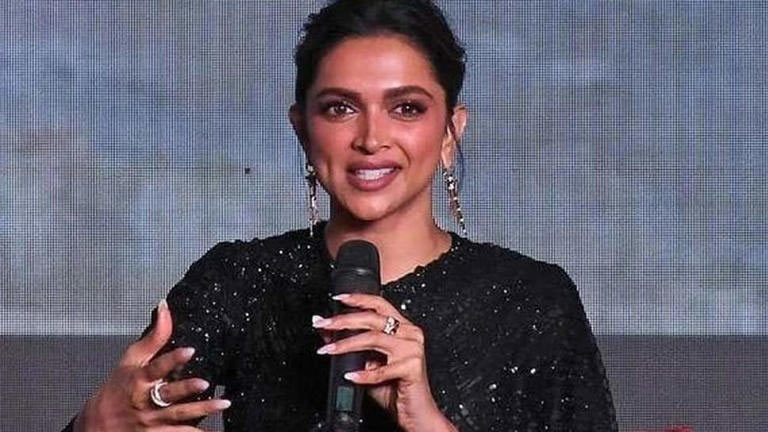 Bollywood actress Deepika Padukone, who recently graced an event in Mumbai opened up about her fight against depression. She has been an advocate of mental health awareness and extensively works toward de-stigmatising mental illness. At the event, she talked about how she even felt 'suicidal at times'.

Deepika said, "I give all the credit to my mother for recognizing the signs and symptoms because it just happened out of the blue. I was on a career-high, and everything was going well, so there was no reason or no apparent reason why I should've felt the way I was feeling, but I would break down for no reason. There were days when I just didn't want to wake up, I would sleep because sleep for me was an escape, I was suicidal at times."

The actress recalled the tough times and shared, "My parents live in Bengaluru and every time they visited me, even now when they visit me, I always put on a brave front, like everything's okay, you know you always want to show your parents that you're fine...so I was doing one of those things like I'm fine...until they were leaving one day, they were going back to Bengaluru and I broke down and my mother asked me the usual hygiene questions like...is it a boyfriend? Is it someone at work? Has something happened? And I just didn't have answers...it was none of these things. And it just came from a really empty, hollow place. And she knew instantly, and I think that for me was God sent."

Deepika Padukone runs the Live Love Laugh Foundation, which aims to help those struggling with their mental health.

Deepika added, "Coming back to me... I needed professional help. And then the journey went on...I was put on to a psychiatrist, medication which went back and forth for many months. I was resistant to that at first because there was so much stigma attached to mental illness, so that went on for a couple of months until I finally started taking medication and started feeling better."

Earlier during an appearance on 'Kaun Banega Crorepati 13', Deepika Padukone opened up to Amitabh Bachchan saying, "I was diagnosed with depression in 2014. I used to feel weird that people don't talk about it. It was a stigma and people don't even know much about it. During that time, I realised that if I am experiencing this, then there would be many people out there facing depression as well. My ambition in life was that if I could save just one life, then my purpose was solved. We have come a long way now."