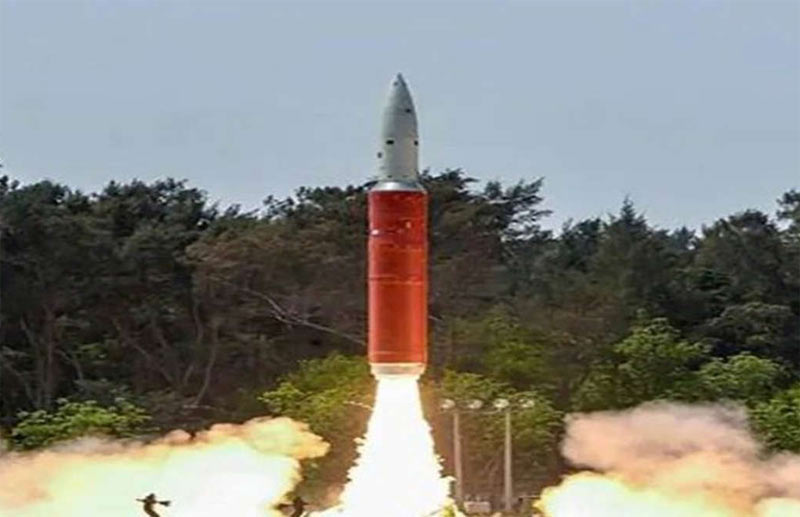 The Indian defence establishment has historically been plagued by various interrelated issues, such as a sluggish procurement system, poor civil-military relations, and challenging inter-service integration. Space warfare requires a solid foundation of collaboration between military and civilian institutions, but if done well, it can enable close integration and even fusion between military and intelligence services. India’s efforts to acquire space capabilities should therefore be closely examined.

ince the 1960s, India’s military and civilian space activities have been coordinated by the Indian Space Research Organization (ISRO), a civilian organization. However, India made significant institutional and scientific progress in 2019 toward assembling a globally competitive space warfare capability.

In March 2019, India successfully tested an anti-satellite weapon. There were some 400 fragments left after the satellite was destroyed, many of which stayed in low earth orbit for some time, despite the Indian government’s efforts to reduce the size of the debris field. In fielding an effective anti-satellite capability, the test put India in the same league as China, Russia, and the United States.

Perhaps more significantly, India established two new space agencies in 2019: the Defense Space Agency (DSA) and the Defense Space Research Organization (DSRO) (DSA). While the latter performs duties akin to those of a fighter command in the United States, integrating space assets from the army, navy, and air force and developing strategy, the former is a research organization geared toward facilitating the development of civilian space technology for military purposes. The Defense Satellite Agency (DSA), headed by an air force commander, assumed control of several existing military organizations, such as the Defense Imagery Processing and Analysis Center and the Defense Satellite Control Center, and started out with a staff of 200 officers from the three services.

In July 2019, all military members participated in India’s first combined space warfare exercise. The exercise demonstrated an evident appreciation of the importance of having access to space by focusing on leveraging communications and reconnaissance satellites to integrate intelligence and firepower across the range of Indian military capabilities.

Some in the Indian defence community have advocated for more drastic changes, such as creating a military space service akin to the Space Force in the United States. This would make protecting India’s expanding satellite network easier and set the stage for coercive measures against adversary networks. India is still well-positioned to benefit from its positive relations with Russia and the United States, the two most developed space powers in the world, even though it is still unclear whether India has the long-term technological and financial foundations required to support a separate space force.

India’s worries are centered on the Indian Ocean region, where China has been gaining power, and its Himalayan boundaries with China, where boundary disputes between the two countries have triggered military confrontations.

India claimed that Chinese troops had invaded its territory in a remote mountain region of Ladakh in the western Himalayas during the winter, when the ice-covered area was virtually inaccessible, leading to a months-long military confrontation between New Delhi and Beijing in 2020. Analysts in New Delhi had questioned why India had not previously been able to identify the purported Chinese incursions through satellite photography.

India’s military services have just recently received communication and reconnaissance satellites; the first one went to the navy, tasked with protecting a vast coastline.

There is a need to improve the military’s space assets, mainly as China develops more advanced anti-space capabilities like cyber warfare.

According to experts, India has a reasonably simple satellite programme. Additionally, compared to nations like China and the United States, it has few satellites. Therefore, the military would want to be able to quickly replace satellites in a situation where they could be destroyed or neutralized.

Budget constraints, however, mean that India’s defence-related space capabilities are still in their infancy.

India has had significant resource limitations. The country’s defence spending has been falling behind its GDP in recent years. India is a minor actor compared to nations like China, the US, and Russia.

Space & Defence expert Omkar Nikam says that the world is looking toward the Indian space program because there is a strategic approach to developing space resources. As opposed to investing heavily in diverse fields, India has taken a bottom-to-top approach, where we first saw the launch segment strengthening the country’s global position. With the recent developments in the privatization of the Indian space sector, there will be more rapid developments in civil, commercial, and defence programs. Though everything is progressing very well, in the coming years, India needs to strengthen its position in space applications for defence, as it is one of the verticals that require more attention from a strategic point of view.

How Beijing Consolidates Its Space Position

China’s ambitious space programme, which has a budget of $8 billion, aims to build a permanent space station by 2022, a lunar research base by 2036, a solar power satellite (SPS) transmission capability from geostationary orbit (GEO) by 2050, and a global space leader by that same year.

Since 2007, Beijing has been testing an anti-satellite system as part of efforts to expand its military power beyond Earth. Without worrying that the United States will halt navigation services, it may autonomously direct missiles and bombs into set targets.

Before the People’s Liberation Army Space Force was established, media sources indicated that China had institutionalized a separate space service (PLASSF). For the first time, the PLASSF unites China’s expanding military space assets under a single organization with the goal of domination across the air, space, and cyber spheres.

Omkar opines that China’s space approach can be described as RAPID, ACTIONABLE, and STRATEGIC. Looking back at history, China has single-handedly developed complex space capabilities, and within a decade (China privatized its space industry in 2015), the country has rapidly expanded the reach of its commercial space technologies. Though there are still several hurdles to cross, China has established a strong presence in the space domain by successfully launching its own navigation system, BeiDou. The Chinese space industry is evolving rapidly compared to others, and in the coming years, we might observe China’s Belt Road Initiative (BRI) member nations joining or contributing to the Chinese space sector.

Long-awaited was the defence ministry’s decision to award the Army an Acceptance of Necessity (AoN) in March to acquire the domestic satellite GSAT 7B. Simply said, it arrived too late.

The lengthy and arduous defence procurement process, which may or may not result in an order, begins with the AoN. This will be the first-ever dedicated communications satellite for the 13 lakh-strong Indian Army if and when the final order is placed. The Indian Space Research Organisation launched GSAT 7A for the Indian Air Military (IAF) in 2018, although the force lacked a dedicated satellite of its own and instead shared its services with that satellite (ISRO).

GSAT 7, the navy’s primary communication satellite, was launched in 2013. As a replacement for the current GSAT 7, the navy has already placed an order to purchase the GSAT 7R satellite. In November of last year, the proposal to acquire the GSAT 7C satellite for the IAF was accepted by the Defence Acquisition Council (DAC).

Nevertheless, even if one avoids drawing comparisons with China—which has spent substantially over the past 20 years to develop space dominance—it is high time that India’s space reforms pick up speed.

This is due to India’s desire to better utilize space for purposes such as navigation, ballistic missile alerts, enhanced intelligence, surveillance, and reconnaissance (ISR) capabilities while remaining sufficiently self-sufficient for these.

While these capabilities will help India’s troops if they participate in a conventional military operation, it is equally crucial for the nation to have the capacity to stop its enemies’ coercive space acts that could be harmful to its interests.

The Indian military also uses a variety of commercial satellites and those run by friendly foreign nations in its operations.

Many of these are prohibitively expensive and carry the danger of service interruption in the event of emergencies.

It is crucial to aggressively improve defence space capabilities as part of the “militarization of space” as India works to reduce defence spending and achieve self-reliance in the field. This includes launching more satellites into orbit, acquiring better sensors, high-speed communication, and practical and reusable ones, along with connected infrastructure.

Additionally, India must purchase sophisticated jammers for rogue satellites and safeguard its spacecraft from electronic assaults.

The country is working to increase its military capabilities in the space domain to assert itself as a potent regional power in the future while pursuing its goal of becoming a global power. This is because India concentrates on cutting military spending, establishing self-reliance in defence, and developing deterrence against China’s growing space assets.

However, the investments—whether financial or policy reforms—must be made because space is a high-expenditure industry, meaning that any returns would be gradual, incremental, and steady.