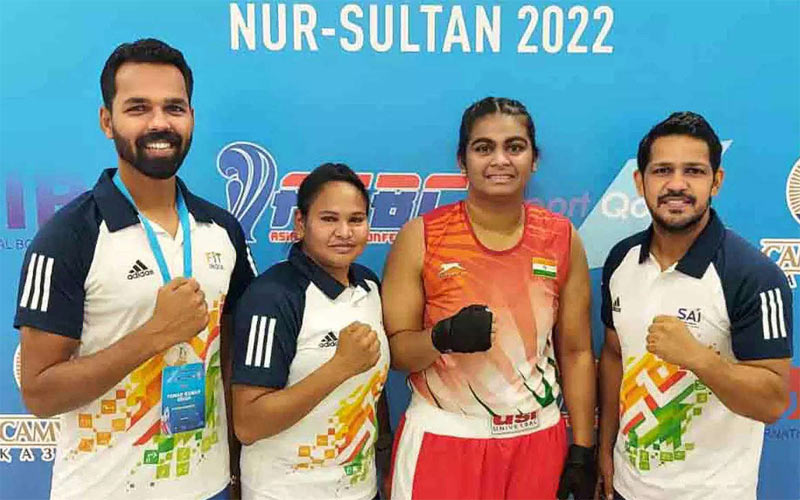 A year after the 19-year-old city pugilist conquered the world in her first attempt during the youth championship in Poland, Alfiya sealed her maiden gold medal in the senior category when she emerged champion in the Elorda Cup in Kazakhstan’s capital Nur-Sultan.

Alfiya proved too strong for the reigning Asian champion Kungeibayeva as she completely dominated the final bout which eventually ended as a lop-sided contest with the unanimous decision in Alfiya’s favour. The experienced Kazakh boxer looked clueless against the young Indian who demonstrated remarkable skills.

Elated after winning her first gold medal at the senior international level, the Awasti Nagar resident said, “It’s an amazing feeling to win a gold medal, especially against top class medalists. Winning it on my debut made it more memorable.”

A trainee of Ganesh Purohit and daughter of Akram Pathan, who works as assistant sub-inspector at Nagpur Police Headquarters, Alfiya added, “Like every bout, whether it’s a state, national or international competition, here too I was a bit nervous. Since this was my debut at the senior level, I just wanted to give my best and was playing with a very free mind.”

GITIKA GETS GOLD TOO

Alfiya and Gitika fetched themselves a prize money of USD $700 for their gold medal-winning feats. With the addition of two gold and as many silver medals on the final day, the Indian contingent concluded their campaign with 14 medals, including 10 bronze, in the inaugural edition of the tournament that witnessed top players in action from strong boxing countries including Uzbekistan, hosts Kazakhstan, Cuba, China and Mongolia.