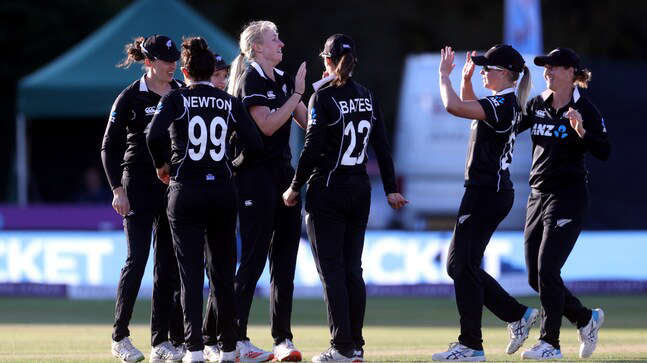 For the first time in a five-year deal, women's players, including domestic cricketers, will receive the same match fees as their male counterparts across all formats and competitions.

"The improved pay and conditions are part of an agreement calculated on the country's men's and women's professional players receiving 29.75 percent of all NZC forecast revenue over five years (USD 349 m), expected to amount to USD 104m," NZC said in a statement.

NZC chief David White said: "This is the most important agreement in our sport, as it binds NZC, the Major Associations, and our players at the hip, and sets the foundation to fund, grow and develop cricket. It's been a collaborative yet very robust negotiation."

New Zealand men's players, whose match fees will be the same as the women, will earn higher retainers, based on the increased number of matches played, formats contested, and time spent training and playing.