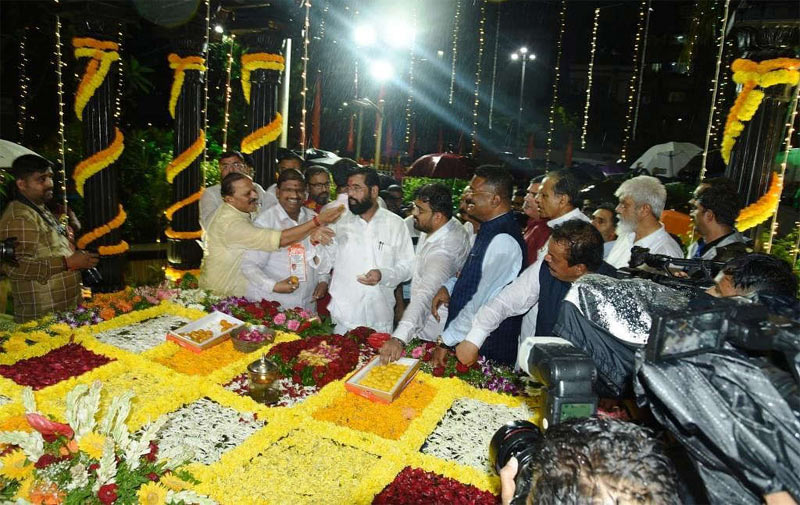 The Maharashtra newly appointed chief minister Eknath Shinde arrived in Thane on Monday, July 4 at around 9:30pm. Thousands of supporters gathered to welcome him amidst heavy rain.

After a hearty welcome at Anandnagar Check Naka at the entrance of Thane, the Chief Minister paid homage to Anand Dighe by visiting Anand Dighe Shaktisthala and Anand Ashram at Tembhi Naka.

Speaking with the media during visit to Thane Eknath Shinde, Maharashtra CM said, "Our government will work to bring justice to all the exploited, deprived and the oppressed. We will try to make Maharashtra free from farmer suicides. We are committed to the development of the state."

CM Eknath Shinde along with MLAs arrived at Anand Nagar check post around 9.30 pm. This time his vehicle was showered with flowers. After a warm welcome by the activists, Chief Minister went at Anand Dighe's Shaktisthal and greeted him.