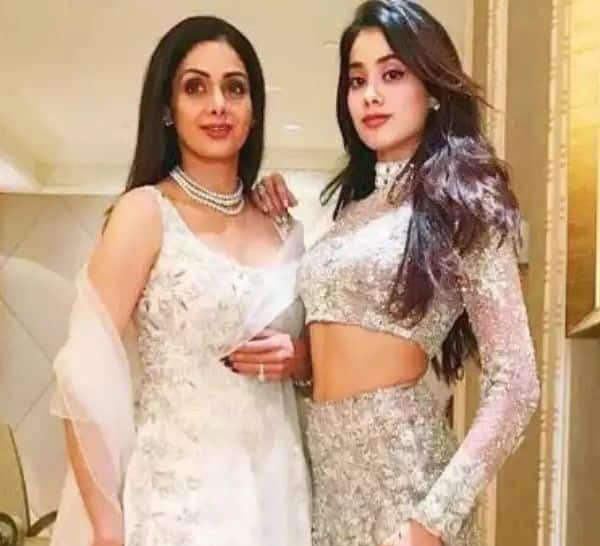 Sridevi and Boney Kapoor's daughter Janhvi Kapoor became a sensation ever since she made her Bollywood debut in Karan Johar's Dhadak opposite Ishaan Khatter. At the same time, Janhvi's link-up rumours with her co-star Ishaan spread like a wildfire. But as usual, Janhvi Kapoor denied dating him and said she was just 'good friends' with him. During an interview with Brides Today, Janhvi had revealed that mother Sridevi didn't trust her judgements about men.

"Yes, and she would say that she doesn't trust my judgement in guys, that she will choose someone for me. Because I love very easily." The starlet further revealed the qualities that she looks out in a partner. "He should be really talented and passionate about what he does. I need to be excited and learn something from him. A sense of humour is really important as well. And, of course, he has to be obsessed with me," Janhvi had said.

In 2017, Sridevi had talked about why she wanted to keep Janhvi away from Bollywood. "She (Janhvi) wanted to do the film and initially, I wasn't in favour. I don't think it's a bad industry. I am a creation of this world. But, as a parent, it would give me greater joy to see her married. But her happiness matters more, and if she does well as an actor, I will be a proud mother," Sridevi had told Mid-Day in an interview.

While speaking about her husband Boney Kapoor, Sridevi also talked about the kind of man Janhvi is looking for herself. "I am lucky I have him. After my parents passed away, Boneyji has been my father, mother and husband. We've been married for 22 years but even today, people tell me his eyes light up when he talks about me. I take credit for that, I've worked really hard. Yes, I bully him and so does he, but all in jest. Jhanvi says she doesn't find such happiness in her friends' homes and wants a man just like her dad," Sridevi had told Mumbai Mirror in an interview.