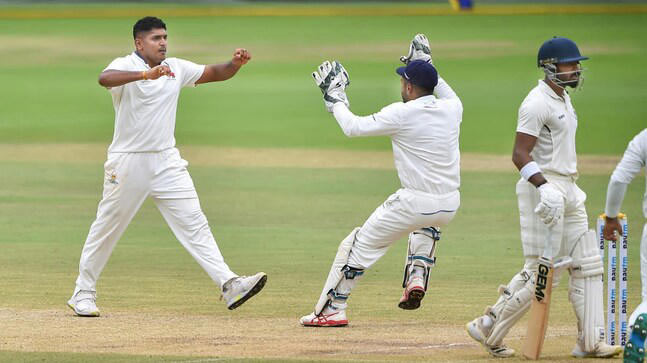 After Yash Dubey got to his fifty, it was his partner Shubham Sharma's turn to rack up a well-made half-century. Sharma looked fluent in the middle and notched his fifty off 74 balls. He has been the more attacking of the two batters without a doubt.

Madhya Pradesh batter Yash Dubey carried on from where he left on Day 2 of the final. The right-handed batter got to his half-century off 139 balls to keep the Mumbai bowlers at bay. Can he convert it into a three-figure score?

Another exciting day in store!

Hello and Welcome to live action on Day 3 of the Ranji Trophy Final. Madhya Pradesh restricted Mumbai to 374 after Sarfaraz Khan smashed his fourth century this season. Yash Dubey and Shubham Sharma have stitched together an unbeaten 76-run stand for the second wicket and brought down the deficit to 251. Can the Mumbai bowlers separate the duo early or will MP take the honours on Day 3?