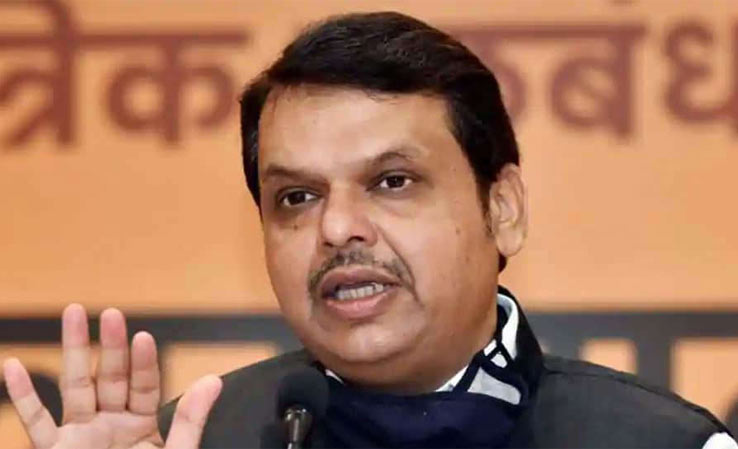 The BJP is waiting for the final outcome of the political fight between the Shiv Sena led by Chief Minister Uddhav Thackeray and its dissident MLAs led by rebel party leader Eknath Shinde, which has fast snowballed into a political crisis over who will now lead the party.

Of the 55 MLAs of Shiv Sena, two-thirds, that is more than 37 party MLAs, have owed allegiance to Shinde, who is now claiming that more than 40 MLAs of the party are firmly supporting him, and many more MLAs are likely to join him in the next few days.

Accusing Uddhav Thackeray of abandoning the ideology of 'Hindutva', Shinde is now asserting his claim on Shiv Sena founder Balasaheb Thackeray`s legacy, the real Shiv Sena and even the party`s election symbol.

Nationalist Congress Party (NCP) chief Sharad Pawar, who is part of the Maha Vikas Aghadi (MVA) coalition government in Maharashtra, on Thursday defended Thackeray and accused the BJP of plotting the political ruckus within the Shiv Sena.

From the beginning, the BJP has called the MVA government an "unholy alliance", while saying that the people of Maharashtra had given the mandate to the BJP-Shiv Sena alliance government, but Uddhav Thackeray betrayed the BJP to become the Chief Minister and instead formed an alliance with the Congress and the NCP.

Meanwhile, the BJP, which was deceived by NCP chief`s nephew Ajit Pawar earlier in 2020 is trying to make political moves cautiously this time and is waiting for the final outcome of the ongoing fight within the Shiv Sena.

The BJP is also awaiting the final decision of Uddhav Thackeray over Eknath Shinde`s offer wherein the latter had advised the Maharashtra Chief Minister to break the alliance with the NCP and Congress and again form the government with the BJP.

Several BJP leaders believe that if both the MVA government and the Shiv Sena collapse and if there is no other way to save them, then Uddhav Thackeray might again join hands with the old ally BJP.

This is why the BJP high command is maintaining silence despite sharp political attacks and allegations levelled against them by Shiv Sena leaders Uddhav Thackeray and Sanjay Raut, NCP`s Sharad Pawar as well as the Congress leaders.