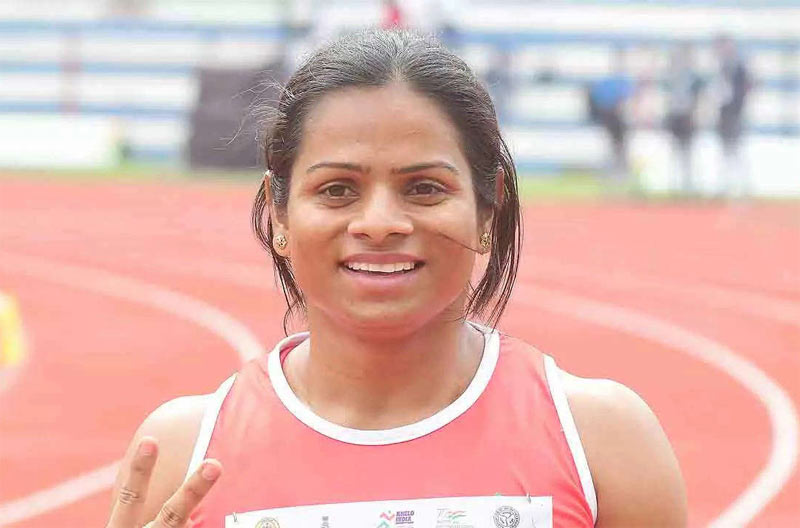 India's ace sprinter Dutee Chand - who was once accused of being a 'man' for failing the hyperandrogenism (male testosterone) test and later subjected to a gender verification test by the national athletics federation (AFI) - has spoken out in favour of the transgender athletes, who have been banned by global governing sports bodies like swimming, rugby and cycling from participating in the women's international competitions.

Dutee, a two-time Asian Games medallist and the current national champion in the women's 100 metres, told TOI on Wednesday that it's unfair on the part of the sports administrators to stop transgender women athletes from competing "just because others can't digest their success at the elite level". "Everyone, irrespective of his or her gender, has the right to play and compete. It's the basic human principle," she said from her training base in Trivandrum.

"To be honest, I don't see such athletes getting any unfair advantage during competitions. They have already faced a lot of societal pressure and humiliation reaching where they are today. No need to make things difficult for them. Accept it as a god's gift because what's happening in an individual human body shouldn't concern others. These athletes want to grow up like this, so let it be," added Dutee, whose fight against the World Athletics' (then IAAF) draconian hyperandrogenism policy in the Court of Arbitration for Sports (CAS) in 2015, had catapulted the 26-year-old to global sporting fame and made her a leading voice on the athletes' gender rights issues.

Last Sunday, swimming's world governing body - FINA - voted to restrict transgender women athletes from competing in elite competitions, unless they began medical treatments to suppress production of testosterone before going through one of the early stages of puberty, or by age 12, whichever occurred later.

The 26-year-old 100m and 200m specialist from Odisha said that such transgender athletes need to fight out their case, just the way she did it seven years when she had dragged the IAAF and AFI to CAS.