Akshay Kumar explains why he does message-oriented films: I don't speak about issues, I look for solutions 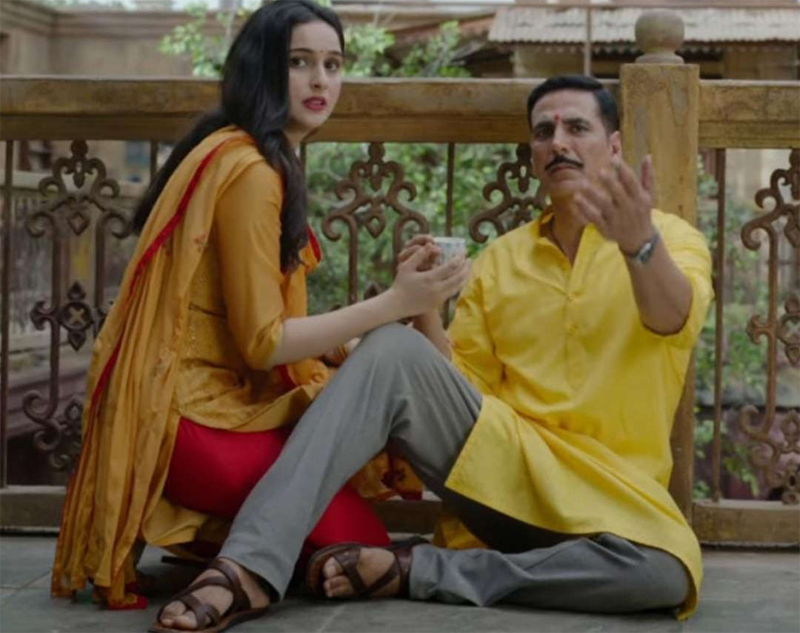 Akshay Kumar has been at the forefront of the Indian Movie Industry and has the reputation of completing movies in quick succession. The actor’s movie journey has been inspiring and he has churned over a 100 projects in his acting journey spanning more than 3 decades. He is the busiest actor in B-Town with more than half a dozen projects lined up for him after his next release, that is, Aanand L Rai’s Raksha Bandhan co-starring Bhumi Pednekar. The trailer for the film Raksha Bandhan was launched at 5:40pm today and received a heart-warming response for its novel concept pertaining to love for one’s sisters and its commentary on the skewed dowry system that still exists.

A grand trailer launch event for the movie was held in Mumbai and it was attended by Akshay Kumar, Bhumi Pednekar, Aanand L Rai and the four sisters who play a pivotal role in the movie. The team of Raksha Bandhan entertained questions asked by the media as well. The Khiladi of Bollywood was asked about his inclination to work in message driven films. To this, Akshay answered, "While doing films, I just don't speak about the problem. I also look for solutions. There is a solution in Toilet: Ek Prem Katha, Padman and many more. Likewise, there is a solution to Dahej (Dowry) in this film. There is an answer to what we, and our society, should do. The film will give the solution to the problem."

When Akshay was asked about his script selection, he said, “I like to deconstruct myself. I bring my image to a certain point and then break it to go to a certain point. I just want to challenge myself to get into a genre.” He recalled that when he came into the industry, he was doing action films and producers used to always cast him in action films. Thankfully for him, in today’s time, he doesn’t have a fixed image and can do every kind of film without being stereotyped.

Raksha Bandhan releases on the occasion of Raksha Bandhan, that is on 11th August, 2022. The film locks horns with Aamir Khan and Kareena Kapoor Khan starrer Laal Singh Chaddha and it will be interesting to observe how both the films co-exist at the box office. When Akshay Kumar was asked about the box office clash between Raksha Bandhan and Laal Singh Chaddha, he told that the films weren’t clashing but were just coming together on a big date. Due to Covid-19, many films saw postponement and a clash was always on the cards. He concluded by hoping that both films have a good run at the box office. There also are rumours that Tollywood biggie, Godfather, starring Chiranjeevi with Salman Khan in an important cameo role will release on the same date but there is no official confirmation from the production team as yet.