Rebellion in Shiv Sena? Eknath Shinde, other MLAs 'out of reach' after MLC polls 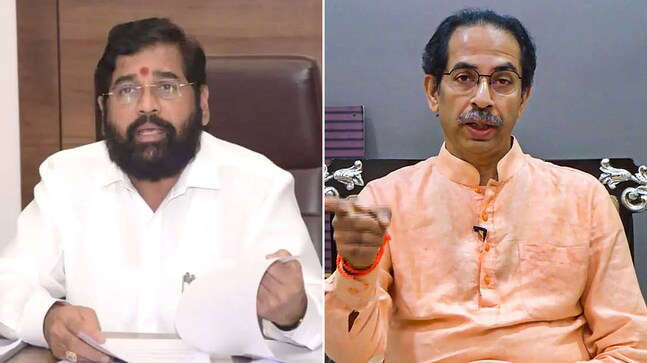 Shiv Sena leader and Maharashtra Urban Development Minister Eknath Shinde, along with 10-12 MLAs, has gone 'out of reach' since Monday's legislative council elections, fuelling rumours of a rebellion within the party. The development comes amid allegations of cross-voting by some Shiv Sena MLAs.

The 'missing' Shiv Sena MLAs are believed to be holed up in a hotel in Surat with Shinde.

The BJP won five seats in the Maharashtra Legislative Council election with Shiv Sena and Nationalist Congress Party bagging two each. The BJP had fielded five candidates while MVA fielded six candidates for 10 MLC seats. BJP managed to win big in the election despite being short in numbers.

The BJP has 106 MLAs in the Maharashtra Legislative Assembly, while the remaining votes for its candidates have either come from independent MLAs, or those from small parties or from other parties.

After the suspected cross-voting in the MLC poll, Maharashtra CM and Shiv Sena president Uddhav Thackeray convened an urgent meeting of all party MLAs on Tuesday noon. All the party MLAs have been asked to remain present in the meeting without fail. Around 20 MLAs are suspected to have cross voted.

The meeting will be held at the CM's official residence in Mumbai.

Meanwhile, commenting on the issue, Union Minister & BJP leader Narayan Rane said: "No comments should be made on such things. Otherwise, what is the point of being unreachable?" "There is nothing left in Congress. They don't have leadership. Their so-called leaders are good for nothing, neither in the country nor in Maharashtra. Congress is in shrinking mode. They just talk but there is no action because they don't have any hold over their MLAs. Congress has lost this legislative council election," he further said.