Why did Tesla drop its EV plans in India? 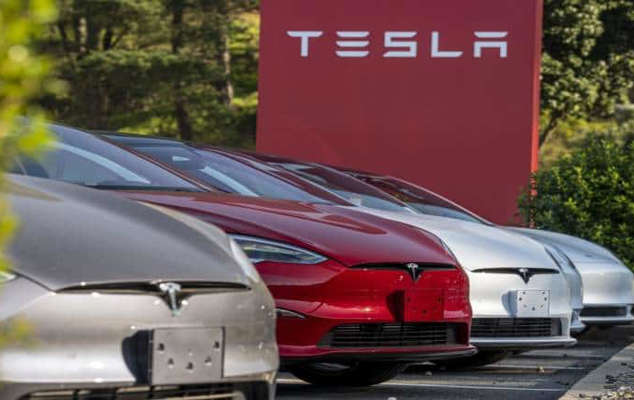 The constant tug-of-war between the Indian government and Elon Musk appears to have finally ended, although it’s hard to determine who here has lost the battle. Earlier today, a report by Reuters stated that Elon Musk has decided to put his Tesla India plans on hold after a prolonged stalemate with the government, which didn’t give in to his demands for reduced tariffs. The news has cast a dark shadow on the prospects of foreign EV brands setting-up shop in India, with Tesla having been the most anticipated player to enter the Indian EV market.

While Musk himself hasn’t commented on the matter, Tesla’s exhortations for lower import duties on cars falling under the $40,000 bracket are a matter of public record. The brand had earmarked February 1st of this year to make a decision based on the annual budgetary hearing. Given that its demands for concessions went unheeded, the brand reassigned those involved with its India operations to other tasks as Tesla continues to see strong demand from its US, China and European markets, while dealing with soaring lithium-ion prices.

The government’s demands from the likes of Tesla were simple and straightforward: invest in India’s manufacturing capabilities. Tesla however, wished to gauge consumer demand by importing vehicles from its two large manufacturing hubs: China and the United States. But Tesla wished for considerably lower duties would have meant that the government would have had other brands clamouring for similar favours.

When the Central Government announced its PLI scheme, with incentives of Rs 45,016 crore set aside to incentivise local manufacturing of EVs, the deal seemed ideal for a large brand like Tesla. In fact, one of the earliest criticisms of the scheme was the key eligibility criterion of an OEM having global revenue of Rs 10,000 crore – something a local start-up could never hope to do. The scheme appeared to have been targeted primarily at enabling carmaking heavyweights, legacy or otherwise, to partake in the great Indian EV-fest.

However, Tesla has maintained its lead in the EV market not only through its cars, but a thriving ecosystem of Superchargers across the world (over 30,000 and counting). To create demand in India, Tesla would need to look at establishing a supercharger network simultaneously, and inconsistent power supply points to the fact that it won’t be able to do that. Simply put, Tesla wishes to hit the ground running, and there’s no evidence to support the fact that it can do that. Other carmakers, however, are willing to crawl, where Tesla wants to fly.

The Need of The Hour

Government policies aren’t singularly responsible for Tesla’s change of heart. Although Tesla hasn’t made any statement and its officials refused to comment on recent events, the truth might be more complex than it seems. For Tesla, stabilising the supply chain is the need of the hour, as is mining copious amounts of lithium given that demand in its key markets remains high. For this reason, Musk is ditching India and heading to meet the President of Indonesia because of the abundance of raw materials in Indonesia (an otherwise miniscule car market). According to an article in Bloomberg, proximity to raw material is key to succeeding, in light of the supply chain disruptions faced post-Covid.

Tesla, a maker of premium electric automobiles is far from the only contender bringing imported EVs into the country. Mercedes-Benz India was the first brand to bring a luxury EV – the EQC into India back in 2020, at a time when the EV landscape was even more sparsely populated than it currently is. In 2021, Audi India launched a record five EV models and currently remains the largest seller of luxury EVs in the market. At present, BMW has two EVs in its India line-up with a third model, the i4 due for launch on May 26th.

However, these EVs mark an insubstantial portion of their sales and exist only to mark their presence in the EV segment. Tesla however, does not have any other product than pure EVs to account for volume sales and given that even its least expensive car would have costed nearly Rs 60 lakh in the market, its odds of being a sales success in a burgeoning EV environment were slim despite several fans of the brand eagerly awaiting its products. Musk wishes to focus on diminishing access to raw material and fix that issue first, so Tesla can continue to meet overwhelming global demand. A market with barely any sales potential is a distant second priority.

What the Indian EV market needs at present isn’t yet another luxury EV. Tesla establishing a manufacturing base would have India’s EV growth story in the longer run, but at present Tesla made it very clear that it had no intentions of producing a low-cost EV for the Indian subcontinent. The gauntlet thrown by it was eventually picked-up by none-other-than Fisker Inc, which established its India HQ in Hyderabad early last year. Through India, Fisker intends to not only sell relatively affordable electric SUVs, but also export it to markets like China.

The winners and the losers

Tesla isn’t the only brand to perform a U-Turn when it comes to EV plans. Earlier this week, Ford Motors, which had been considering foraying into the EV space in India announced that it had decided to cancel its plans. In a press statement, the brand’s Indian management communicated that it no longer wished to utilise its existing plants as a potential EV manufacturing base (for exports). Ford didn’t delve into specifics but said that while it received government approval for a Production-Linked Incentive, EV manufacturing, even for export purposes, is not on the cards. Ford was one of 20 companies selected by the Government of India for a Production-Linked Incentive scheme, but the brand, it would appear, did not see the long-term potential of availing such a scheme. Why it applied for it in the first place, is a question that remains unanswered.

Other carmakers, like Mercedes-Benz India are however, bringing high-end luxury EVs to India along with the apparatus to assemble them. This year, Mercedes-Benz India will commence assembling its electric flagship, the EQS at its plant in Chakan, Maharashtra, by the fourth quarter of 2022. Local assembly will lower the import duty on the EQS by a solid 40%. The EQS will be the first of several EVs that Mercedes-Benz intends to assemble in India despite knowing that the sales potential for these cars, in the present environment, is limited. However, Merc, much like other European carmakers, wants to establish an early presence in the market. Something Tesla appears to have no interest in.

With the likes of Tesla and Ford backing out of their EV plans, it’s brands like Tata Motors, Mahindra & Mahindra, Kia Motors, Eicher Motors, PCA Automobiles that have emerged as the winners. All the above mentioned brands are among the 20 approved for the PLI scheme.  In addition to these companies, Maruti Suzuki, Bajaj Auto and Hyundai have also made the cut, with the latter having lined-up a Rs 4 crore investment and 6 EVs in the market. On the whole, the PLI scheme has successfully surpassed its target investment of Rs 42,500 crore by attracting over Rs 74,850 crore in investments.

Before the ink was dry on Tesla and Ford’s resignation letters, Maruti Suzuki announced an investment of Rs 11,000 crore for an all-new manufacturing facility in Sonipat, Haryana. And while Maruti Suzuki hasn’t specified what type of cars it expects to produce out of this 250,000 vehicle capacity plant, its operations are to commence around the same time Maruti Suzuki intends to bring its first EV in the country: the year 2025.