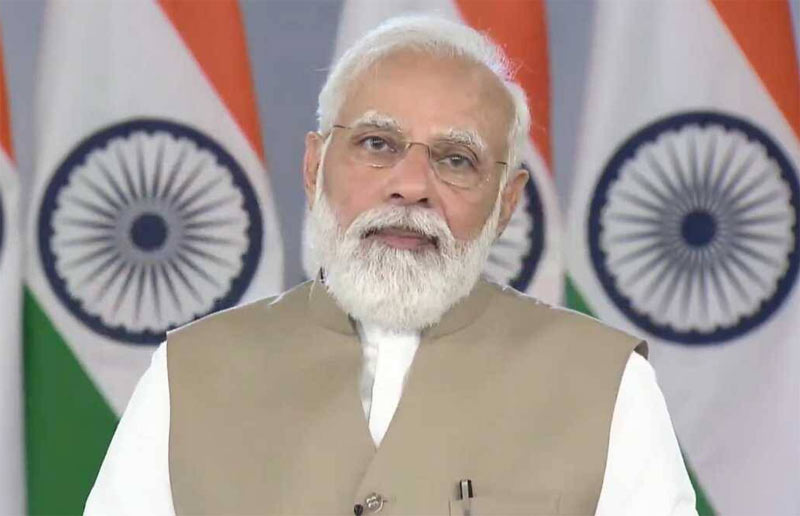 There is logic. And then there is ‘mogic’ — the special kind of logic patented by our Prime Minister. The current debate on Agnipath illustrates mogic at work, just as it did during demonetisation, Covid lockdown and the 2020 farm laws.

It operates as follows. First of all, we are told that we have a serious problem. It could be black money, the pandemic, or the state of our agricultural markets. The second step is straightforward: Something really needs to be done. How can anyone disagree with that? Step three — the PM pulls out a rabbit from his hat: Here is something. It could be overnight demonetisation, complete national lockdown or the farm laws. Before you have had the time to absorb what has just been presented, you are rushed into the final step: Let’s do it. Let’s not waste time.

The magic of mogic lies in tricking the audience to skip a step that lies between steps three and four. It induces a toxic mix of anxiety and enthusiasm so as to make the public forget to ask a question: Is the “something” that really needs to be done the same as “something” that is being offered? Would the proposed remedy really solve the problem that we set out to address? How would demonetisation possibly attack black money? Is a lockdown of this kind the only or the best way to address the pandemic?

The power of mogic lies in drowning this question — if at all it does get raised — in other questions: Aren’t you concerned about the problem? Don’t you think something should be done about it? Someone is offering something, why nitpick? Why don’t you think ‘positively’? Why can’t you trust the leader? Or, it can be drowned in a heap of words — fact, fabrication and fiction. We are invited to debate the real and imagined benefits of the solution, unrelated to the problem. Before you can recover, the debate is over. We move on to the next big solution in search of a problem.

The ‘problem’ and Agnipath the solution

Agnipath is a classic illustration of how mogic operates.

Step one: There is a real problem. The armed forces’ salary and pension bills have mounted over the years. Thanks to its own fiscal mismanagement and the pandemic, the Union government is hard-pressed for money. The national security threat from China has accentuated the need for better defence preparedness, technology and weapons. The problem cannot be postponed further. We reach step two: ‘We need to do something’.

There could be many possible solutions. The government could raise revenue. It could find ways of cutting down on the civilian component of the armed forces’ salary and pension bills. Or it could trim the tenure of the soldiers and officers. Instead, Prime Minister Narendra Modi goes for the most drastic cost-cutting measure that some babu managed to convince him of, perhaps against the best judgement of the armed forces. In his characteristic style, he rams it down everyone’s throat, sans consultation, homework or even a pilot. We speed across steps three and four: Here is something. Let’s do it.

There is a problem, though. A ‘nationalist’ government cannot be seen to be driven by the imperative of scrimping on defence. Nor can it admit that it is reducing the size of the armed forces.

Now the magic of mogic needs bolstering up.

Thus begins a big lie. The name of the game is to shift all the attention from the real problem to a secondary problem, obfuscate the nature of the solution being offered and create powerful distractions. This is what we have been witnessing for the last 10 days.

The elaborate propaganda exercise is aimed at covering up three simple but awkward facts about Agnipath. One, that direct, regular recruitment to the armed forces has come to an end — that Agnipath does not supplement but substitutes existing regular recruitment. This is a staggering decision by any measure but never mentioned in any press release or media interaction. Two, that the Services are being downsized, perhaps reduced to half of its present strength. This decision is impossible to sell to the public, given all the developments in Ladakh and Arunachal Pradesh. Hence the fudging of numbers. And three, the share of regions and communities that have historically contributed in greater numbers to the armed forces will be cut down to their population proportion. Since this could enrage powerful regions and vocal communities, Army spokespersons resort to a bold-face lie: There is no change in regiment recruitment.

The best way to distract attention from these decisions is to generate passionate debates around marginal or made-up issues. The media is involved in a debate on the working conditions and pay package of the Agniveers as if it is a new and additional employment avenue. We are told the benefits of receiving training for four years as if the defence is a training school for the real job market.

A new announcement is made every day to assure us that every Agniveer will get absorbed in an attractive job after four years. Few care to find out what has happened to similar promises made to ex-servicemen. A ridiculous theory is promoted that this scheme will inculcate patriotism in our youth by putting most of them through the Services. No one cares to do the elementary calculation that not even 1 per cent of the youth can ever become Agniveers. We are assured that Agniveers will be eligible for Paramveer Chakra for gallantry. We all heave a sigh of relief.

Once the solution has been attractively packaged, then begins the search for a problem. The point is to cover up the fact that this is a cost-cutting exercise. So, we are told that Agnipath is a response to the need for a youthful and technically smart force. Yes, both these are real issues. Yes, the Kargil Review Committee report and others have regularly flagged this issue. But was the scheme really driven by this need? Did the Kargil Review Committee recommend a four-year contractual job? Is this the only or the smartest way of reducing the age profile of the Services? How would the technical standards improve if you recruit a matriculate and discharge him after four years? Once the debate has been dumbed down to exclude any serious discussion on the problem and how it connects to the solution, all you need is some rhetoric. Don’t you trust the generals? It is a voluntary scheme, if you don’t like it, then don’t join it.

Another big lie is waiting in the wings. Very soon, we would be fed statistics on the number of applicants for Agnipath, as if a desperate search for any job proves how good the scheme was. Soon, we will forget this and move on to the next temple buried under a masjid.

This empire of lies is going to be PM Modi’s enduring legacy. When a child watches starred generals lie on national television, it affects their cognitive faculties. The deepest damage that the Modi government has inflicted on us is not the division of the people on Hindu-Muslim lines. It is not even the moral debasement that it has normalised. It is the routinisation of collective cognitive degeneration — our failure as a people to recognise truth and catch a lie.

Political philosopher Hannah Arendt spelt out the consequences of this institutionalisation of lies: “If everybody always lies to you, the consequence is not that you believe the lies, but rather that nobody believes anything any longer… And a people that no longer can believe anything cannot make up its mind. It is deprived not only of its capacity to act but also of its capacity to think and to judge. And with such a people you can then do what you please.”