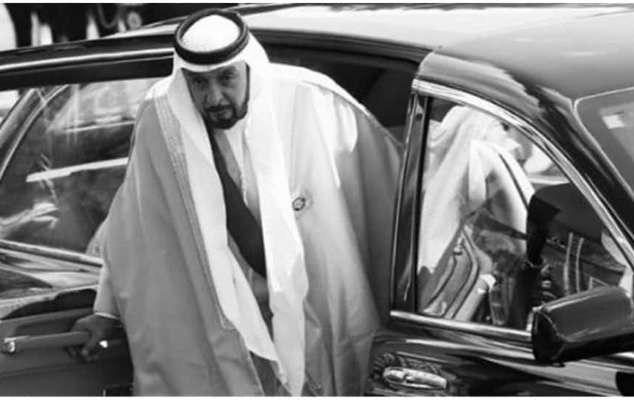 Prime Minister Narendra Modi on Friday (May 11) expressed grief over the passing away of UAE President Sheikh Khalifa bin Zayed Al Nahyan, calling him a great statesman and visionary leader under whom India-UAE relations prospered.

"United Arab Emirates' President Sheikh Khalifa bin Zayed Al-Nahyan died on Friday. As a mark of respect to the departed dignitary, the GoI has decided that there will be one day's state mourning tomorrow throughout India, " said the Ministry of Home Affairs (MHA).

UAE President, who had been in office since 2004, died at the age of 73 after a long illness. The UAE will go into a 40 period of mourning, with flags flown at half-mast. All government agencies, federal, local and private entities will suspend work for three days, according to media reports.

"I am deeply saddened to know about the passing away of HH Sheikh Khalifa bin Zayed. He was a great statesman and visionary leader under whom India-UAE relations prospered. The heartfelt condolences of the people of India are with the people of UAE. May his soul rest in peace," PM Modi tweeted.

UAE President was a strong and visionary leader, who steered the country through path-breaking reforms making it an oasis of prosperity, according to Union Commerce Minister Piyush Goyal.

"Received with profound grief, the news of the death of the UAE President Sheikh Khalifa bin Zayed Al Nahyan. A strong and visionary leader, he steered the UAE through pathbreaking reforms making it an oasis of prosperity," Goyal said in a tweet.

External Affairs Minister (EAM) S Jaishankar said bin Zayed Al Nahyan will be remembered as a leader who modernized and empowered the United Arab Emirates. "This laid the foundation of the transformation of the India-UAE relationship," he said.