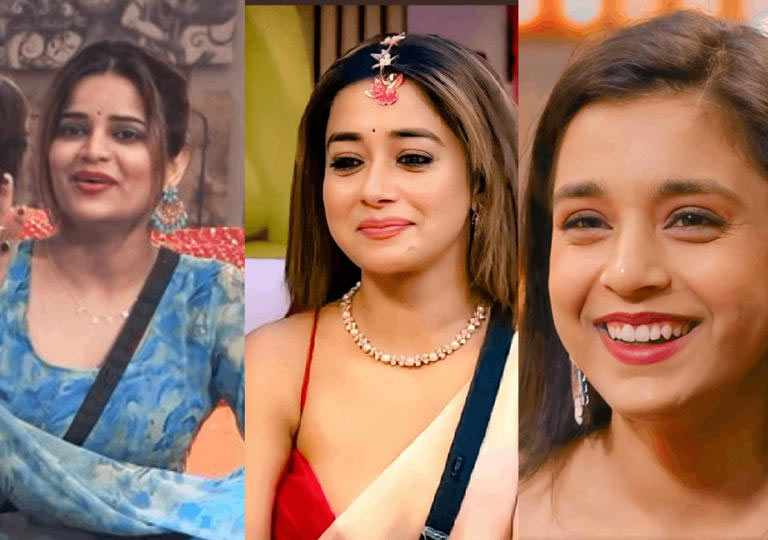 Bigg Boss 16 will soon see its winner. Only a few days are left until the finale. Now all the discussions are about the top five and top three contestants as we have found already the top eight contestants of the show. Shiv Thakare, MC Stan, Shalin Bhanot, Tina Datta, Nimrit Kaur Ahluwalia, Sumbul Touqeer Khan, Priyanka Chahar Choudhary, and Archana Gautam are inside the house fighting for the trophy. So who will make it to the top three? It is time to vote.

Among the three ladies Sumbul Touqeer Khan, Tina Datta and Archana Gautam - who do you think has the best chance to make it to the top five or best top three? Nimrit Kaur Ahluwalia already holds the ticket to the finale currently. She is still the captain of the house and that means, she has the ticket to the finale. Priyanka Chahar Choudhary has been one of the strongest contestants on the show since the beginning and unlike the other three, she has been rarely nominated. Sumbul Touqeer Khan and Tina Datta have been nominated quite a few times and they have survived. Over the last Weekend Ka Vaar, Archana Gautam was pulled up by Salman Khan for losing her plot in the game and not doing anything in the show. Well, while these ladies are doing their best to be in the house, who has the best chance to be in the top 3. Vote and let us know.

Bigg Boss 16 finale will take place on February 12. The show got an extension and now contestants have survived more than 100 days in the house. Everyone is desperate to know who will lift the trophy of Bigg Boss 16. Meanwhile, many contestants of the show have already bagged a few big projects.