Post Sita Ramam, Dulquer Salmaan and Mrunal Thakur to team up for another Telugu film? 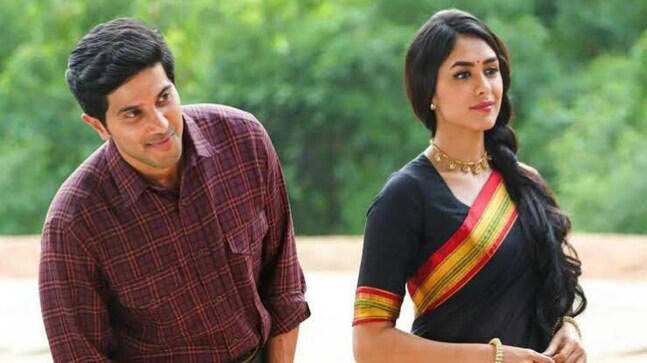 Dulquer Salmaan and Mrunal Thakur recently received rave reviews for their work in the period romantic drama Sita Ramam. The Hanu Raghavapudi-directed film was produced by Ashwini Dutt and emerged as a massive hit. DQ and Mrunal are reportedly set to work their magic again. The buzz is that they are set to reunite for another movie to be produced by the same producer. This one, too is likely to be directed by Raghavapudi.

DULQUER SALMAAN AND MRUNAL THAKUR TO DO ANOTHER MOVIE?

Dulquer Salmaan and Mrunal Thakur emerged as the choice of the class audience with their crackling chemistry in Sita Ramam. The two are now said to be in talks to pair up for Ashwini Dutt's next production venture, which is also likely to be directed by Hanu Raghavapudi. There's, however, no official announcement regarding the same. Moreover, no details are available about the said project's genre.

ALL ABOUT SITA RAMAM

Sita Ramam, meanwhile, continues to win hearts. The romantic drama was released on Amazon Prime Video some time ago. This helped it find a wider audience. The film is a romantic drama that celebrates the passionate journey of two lovers. Sita Ramam's cast includes Rashmika Mandanna, filmmaker Gautham Vasudev Menon, Sumanth, Prakash Raj, and Bhumika Chawla, among others. The film's Hindi-dubbed version was released in theatres on September 2. It, like the original one, received tremendous critical acclaim. There was talk of it getting a sequel or a remake, but Dulquer Salmaan said that Sita Ramam can't be made again. This was DQ's second Telugu movie after Mahanati (2018). It also marked Mrunal's Telugu debut.