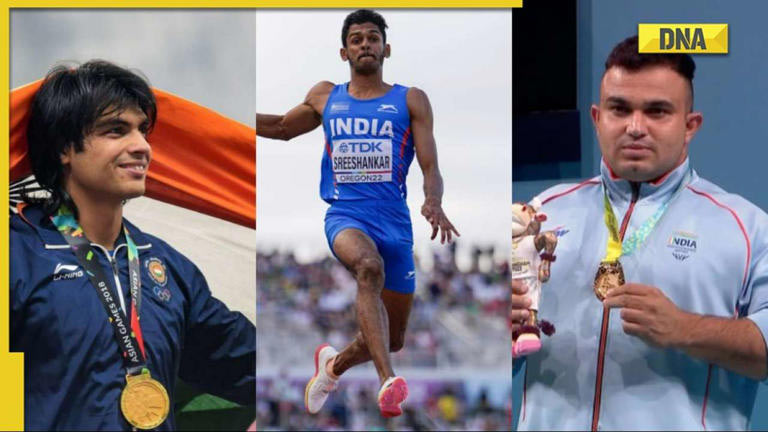 Both Sudhir and Shreeshankar etched their names in the history books en route to their respective triumphs, and the pair were also on the receiving end of congratulatory messages from Tokyo Olympic gold medalist Neeraj Chopra.

Having been ruled of Commonwealth Games 2022 just two days before the start of the multi-sport event, Neeraj took to Twitter to congratulate his compatriots on their historic achievements.

The 24-year-old ace Javelin thrower wrote a heartfelt tweet for Murali Shreeshankar after the latter clinched a silver medal in the men's long jump final on August 4. Neeraj wrote that he was happy to see Shreeshankar's achievement and that the latter was only getting started, with much more to come.

"Congratulations on winning a brilliant medal Sreeshankar Bhai! So good to see you believe in yourself till the end. Enjoy your win and I am sure this is only the beginning and there's much more to come," tweeted Neeraj.

Shreeshankar saved his best for the last and in his fifth attempt, he recorded a jump of 8.08 metres to leapfrog from seventh to second. Earlier, Shreeshankar had finished seventh at the World Athletics Championship in his long-jump event final, while Neeraj clinched silver in Oregon, however, he ended up picking up an injury at the event.

Later in the day, para-powerlifter Sudhir another gold medal to India's tally with a stunning lift of 212kg, and Neeraj congratulated the former for his historic achievement.