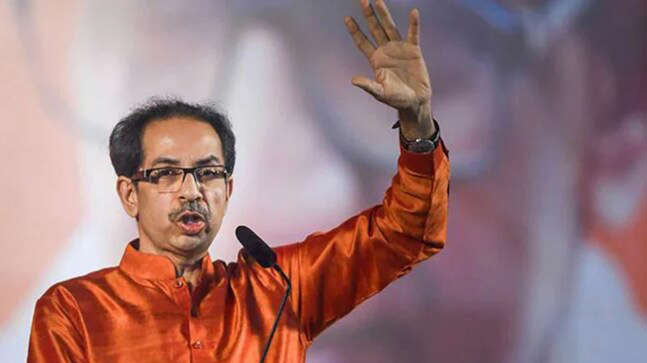 Petitioner Sunil Prabhu, who was the chief whip of the party prior to the post going to Gogawale, accused the BJP of nursing a wound ever since Sena parted ways with it to form MVA government in coalition with Congress and NCP and said the BJP engineered the rebellion and usurped power through illegal means despite knowing fully well that all rebel MLAs, including Shinde, faced disqualification under the provisions of the Tenth Schedule.

Senior advocate A M Singhvi requested a bench of Indira Banerjee and J K Maheshwari for urgent listing of the fresh petition but the court said that this plea would be heard with other petitions by Shinde, 16 rebel MLAs to whom disqualification notices were served by former deputy Speaker as well as another by Prabhu himself in the last two weeks at various stages of the political flux in Maharashtra.

Prabhu said the SC on June 27 had not interfered with the deputy Speaker's June 21 decision to recognise Prabhu as chief whip of Shiv Sena political party and Ajay Choudhari as the leader of Sena legislative party. He questioned the new Speaker's power to alter the status quo when the matter is sub judice before the SC.

He said the alleged faction led by Shinde cannot claim immunity from disqualification as there is admittedly no merger. "The only defence to Tenth Schedule proceedings, which are pending against the delinquent MLAs including Shinde and Gogawale, was the defence of merger, which admittedly has not happened. The Shinde faction has not merged with any political party nor has formed a new political party," he said.

"In these circumstances, even if there are 2/3rd legislators forming a faction, the same cannot be recognized under the provisions of the Tenth Schedule. The Speaker issuing a communication on the basis of purported 2/3rd majority is ex facie illegal, unconstitutional, and violative of the provisions of the Tenth Schedule of the Constitution," Prabhu said.

"Despite the rebellion carried out by the Shinde faction, the original Shiv Sena political party remains under the leadership of Uddhav Thackeray, who was elected as the president of Sena political party way back on January 23, 2018 when the organizational elections of the Shiv Sena were conducted and the same was duly communicated to the Election Commission on February 27, 2018," he said.